New Delhi: Union Minister for Steel, Dharmendra Pradhan said the Union Government taken steps to ramp up production of iron ore and steel to increase their domestic availability in order to bridge the demand-supply mismatch leading to increase in prices of iron and steel in recent months.

In a written reply in Rajya Sabha, Union Minister said in a de-regulated, open market scenario, the domestic steel price is determined by market forces of demand and supply, trends in prices of raw materials and is also influenced by global conditions.

He said various factors contributing to increase in prices inter alia include increase in price of iron ore following its reduced availability with the production of iron ore in current FY being only 112 MT up to November, 2020 as compared to 152 MT during CPLY mainly due to non-operationalization of 13 working mining leases in Odisha, post their auction in March, 2020.

Minister Steel said that measures taken by the Government to increase availability of iron ore inter alia include Mining and Mineral Policy reforms to enhance production/availability of iron ore, ramping up production and maximum capacity utilisation by government mining companies, grant of permission to SAIL to sell 25 Percent fresh fines and 70 MT dumps and tailings, accelerating auction of iron-ore fines by SAIL and early operationalisation of forfeited working mines of Odisha by the State and Central PSUs etc.

Union Minister has said that import of steel has reduced in the last three years whereas domestic steel production has been increasing except during the current year following the Covid-19 pandemic.

He informed the House that import of certain steel grades which are not manufactured or manufactured in adequate quantity in the country is made for supporting the manufacturing sector as well as the country’s export of machinery, automobiles etc.

Minister has said that Steel being a deregulated sector, decisions relating to setting up of steel units are taken by individual steel producers in private or public sector, based on commercial consideration and market dynamics.

Union Minister said the total number of Steel Plants producing crude steel in the country during 2019-20 is 914.

In the public sector, work is currently going on in NMDC Steel Plant in Nagarnar, Chhattisgarh, which is a Greenfield steel plant, informed the Minister. 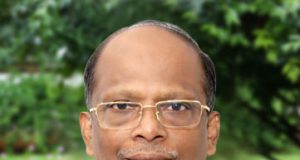