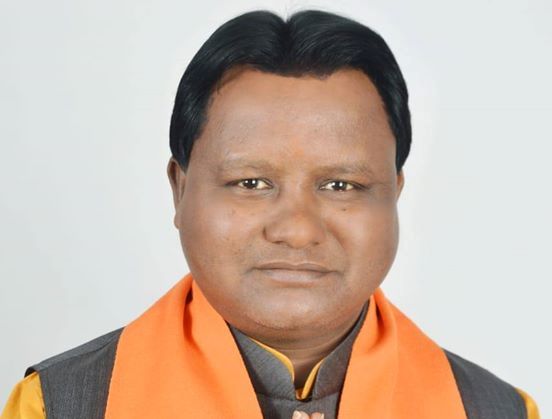 Raring Mahanga triple murder case, BJP Chief Whip Mohan Majhi said the law and order situation has been deteriorated in the State. He alleged that it is a politically motivated crime as Minister Pratap Jena has been named in the FIR. However, the police have dropped Jena’s name in the charge sheet.

Later, the Salipur JMFC court directed investigation into the involvement of the minister in the case. To ensure a free and fair probe, Mr.Majhi demanded the resignation of Mr.Jena.  The BJP leader also attacked the government over the Paralakhemundi ACF Saumya Ranjan Mohapatra death case and Manavbad Sangathan chief Manas Das case.

Terming Talibani rule prevails in some places of the state, Congress Legislature Party Leader Narasingha Mishra criticized the government for taking police action against around 2000 people of Kendrapara for agitating against a water supply project.

“The number of crimes has increased in the state. The atrocities against women and minor girls have increased substantially. If considered as per population, Odisha will be number one in crime against women,” Mr.Mishra said.

There is no doubt on the ability of police officers but there is a large vacancy over 11,000 posts in the police department, the Congress leader said.

In his reply, Minister Mr.Mishra said the law and order situation is under control and peaceful in the state. The state police was able to control the Covid-19 situation and 62 police personnel have been martyred on the line of Covid duty, he said.

Replying to the allegation of Mr.Majhi, Mr.Mishra said a charge sheet has been filed against 13 accused and three were shown as absconders.

One of the accused was killed in a road accident. He said the Salipur JMFC Court has ordered police to re-investigate the allegation made against Law Minister Pratap Jena adding further investigation in the case is on.

The Minister said self acclaimed Guruji Manas Das and his son Manoranjan have been arrested by the Begunia Police and forwarded to court. The case is now sub judice.

The State Government is implementing an Emergency Response Support System (ERSS) to control crime and provide emergency services, whose Command Center has been set up in Bhubaneswar. All emergency services will be delivered on dialing one number 112, he further said.

Mr.Mishra said no terrorist activities reported in the state and the Naxal situation in the state has improved significantly. Out of the 15 Naxal infested districts five districts— Angul, Boudh, Deogarh,Nayagarh and Sambalpur were removed from the SRE list of the Central Government.

He claimed that due to strong police action so far three Maoists were killed, 25 arrested and 15 surrendered before the police.

The Ratha Jatra, Bahuda Jatra and Suna Vesha of the Lord Jagannath this year were observed peacefully due to police arrangement. Police have fruitfully controlled the law and order situation during the covid pandemic and have kept a vigil to prevent the spread of the possible third wave.