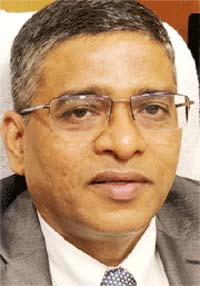 Bhubaneswar: With more than 2.34 Lakh Health Care Workers (HCW)s have been vaccinated against COVID-19 Odisha has achieved more than 69 Per Cent Coverage of Inoculation.

While the State Government had set a target of vaccinating 3,38,700 beneficiaries achievement till 4 February have been 2, 34, 923, which is 69.4 Percent of the target, said an official.

On 4 February at 145 Sessions, 14,942 HCWs were vaccinated and not a single incident of AEFI was reported.

At least 17 Districts have achieved more than 70 Percent target and mulling to achieve more.

In the meantime, Odisha’s COVID-19 caseload mounted to 3,35,369 on Thursday as 87 more people tested positive for the infection, while one fresh fatality pushed the death toll to 1,907, an official of Department of Health & Family Welfare said.

Of the fresh cases, 51 were reported from quarantine centres and 36 detected during contact tracing.

Sundargarh district recorded the highest number of new cases at 26, followed by Mayurbhanj at nine and Khurda at seven, the official said.

“Regret to inform the demise of 68-year-old COVID positive patient of Kalahandi district who was also suffering from hypertension,” the Department of Health & FW said on Twitter.

The State had reported the last COVID-19 fatality on January 25.

Fifty-three other COVID-19 patients have died due to comorbidities, the official said.

Odisha now has 910 active cases, and 3,32,499 patients have so far recovered from the disease.

The state has conducted over 77.96 lakh sample tests, including 21,742 on Wednesday, and the positivity rate now stands at 4.3 per cent.

Tathya Correspondent - March 14, 2021 0
Bhubaneswar: While one year ago First Case of COVID-19 was detected in Odisha, the State Government has outperformed the National Average in...