Bhubaneswar: In another significant step towards creation of new employment opportunities and boosting of economic activities in rural area, Government have decided to set up District level Industry and Investment promotion agencies ( DIPAs) in different districts.

This was decided in a high level meeting held on digital mode under the Chairmanship of Chief Secretary Suresh Chandra Mahapatra.

Assessing the proposal, the Chief Secretary directed the officials that these agencies should be dedicated towards facilitation and hand holding of the micro, small and medium enterprises.

“They should operate as single-point-contact for all entrepreneurs and investors,” he said and added that it should facilitate the sector right from the time of project formulation and capacity building to financing, starting of production and market linkages.

“It would also facilitate them for availing different assistances from Government as per prevailing provisions,” Mr.Mahapatra said.

Further, the Chief Secretary directed the Collectors to take proactive role in promotion of micro, small and medium enterprises in their respective districts.

“MSMEs are movers of economic growth and their promotion in the district will result in equitable growth,” he said.

The Collectors were asked to provide descent office space in the Collectorates for setting up of the units.

It was decided that DIPAs would be managed by three professionals under the direct supervision of the respective collectors. Those would be set up in different districts in phased manner with feedback and learnings about the functioning and outcome of the agencies from each preceding phase.

It was targeted to pilot the intervention in three districts namely Ganjam, Sundargarh and Jagatsinghpur.

Principal Secretary Sharma appraised that first phase piloting could be started by the month of August.

Then it would be extended to the districts like Angul, Balasore, Jajapur, Jharsuguda, Keonjhar, Rayagada, Sambalpur and other districts on the basis of learning from the pilot phase, he said.

The target was set to cover all districts by March, 2022. 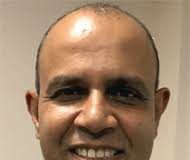 admin - October 16, 2020 0
While MSME Sector has received serious jolt during COVID-19 Pandemic, State Government has come up with such an option for providing more...