Hemant Sharma, Principal Secretary Industries coordinated the movement of supply of LMO, thanks to the decision of the State Government to set up a Task Force headed by Principal Advisor to CM Asit tripathy.

While both Public and Private Sector Steel Plants in Odisha came out in a big way to produce LMO and extended supply to various States, which needed most, hassle free movement of LMO was made feasible by sincere efforts of the Task Force Top Brass, Mr.Sharma.

He coordinated the entire operations of LMO and Action Plan was chalked out for the same.

In view of the rising cases of COVID and the dire need of medical-grade oxygen for the critically ill patients, SAIL-Rourkela Steel Plant (RSP) along with its BOO (Build, Own & Operate) Plant of Linde had been consistently supplying LMO. Both the Plants supplied 22,241.78 MT of LMO during this period.

JSW (BPSL) Jharsuguda supplied 718.9 MT of LMO as the requirement of LMO had gone high.

During peak of the second wave, steel sector had enhanced the LMO production considerably.

Looking at the dire situation several measures were taken by the Steel Plants to increase production of LMO in the country.

The enhanced production of LMO by reducing usage of gaseous oxygen led to reduced production of steel by about 500,000 MT during the period April-June, 2021, said RCP Singh Minister Steel in LokSabha in a written reply.

The LMO produced in Steel Plants were supplied to 22 States and Union Territories utilizing transportation modes of road, Oxygen express (Railways) and transport aircrafts of the Air Force, said Mr.Singh.

In fact Odisha set up a State Level Task Force for supply of LMO during the crisis period headed by Principal Advisor of Chief Minister and the Task Force worked 24X7 during the period for hassle free movement of LMO to various States and Union Territories.

While Odisha utilized 12,750 MT of LMO during the period, the State went in a big way to supply LMO to other States and Union Territories to save lives. 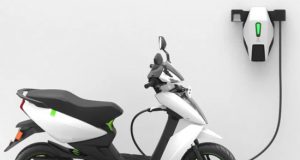