Bhubaneswar: Beneficiaries of Odisha have benefitted more than its neighbouring States so far implementation of PradhanMantriMatsyaSampadaYojana (PMMSY) is concerned.

More than 37,000 beneficiaries have been covered under PMMSY, the flagship program of Department of Fisheries under the Ministry of Fisheries, Animal Husbandry Dairying.

While 37,306 beneficiaries have been benefitted under PMMSY in Odisha, in Jharkhand only 3347 farmers have received the benefit.

So the Eastern Coastal state has reaped benefits from PMMSY, officials admit.

PMMSY with an investment of Rs.20, 050 crore has been implemented with effect from the financial year 2020-21 in all the States and Union Territories.

The Department of Fisheries, Government of India through National Freshwater Fish Brood Bank (NFFBB) under National Fisheries Development Board (NFDB) regularly conducts stakeholder consultations including on the occasion on Fish farmers Day on 10 July every year.

Further, the NFDB-NFFBB has been constantly working on the feedbacks received from the stakeholders/farmers.

The details of important feedback received and course of action taken thereon, as reported by NFDB include improvement of infrastructure for supply of quality seed such as setting up of hatcheries and seed rearing facilities under PMMSY.

Registration of Network of hatcheries and supply them with the quality Brood Stock/ Breeder seed of Genetically Improved Fish species. NFDB-NFFBB has registered 70 network hatcheries covering 13 States and tied up 49 Seed growers from 14 states on Pan-India basis.

Action initiated for setting up of Scampi Brood Bank at NFFBB Bhubaneswar campus to supply GI scampi brooders to Scampi hatcheries in India. 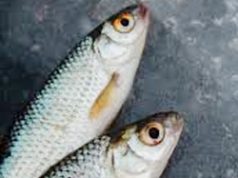