Bhubaneswar: While Odisha has huge potential on Eco, Wildlife, Tribal, Buddhist and Spiritual fronts, the State has not been able to receive funds for these Circuits.

The Coastal State, which is a major tourist destination, having diversity of tourist attraction, it has only been able to receive funds for development of one Coastal Circuit long ago.

While Ministry of Tourism promoting holistic destinations, the Union Government has promoted several Circuits, Odisha has received funds for development of one Coastal Circuit.

Ministry of Tourism has sanctioned several Coastal Circuits in the States including in Odisha to attract tourists.

Odisha, being a prominent Coastal State having lot of potential to attract tourists have been sanctioned funds to promote tourism in Coastal Zones of Gopalpur-Barkul-Satapada-Tampara.

These places are attracting tourists in a big way and in order to develop infrastructure and basic amenities funds are sanctioned and released in phased manner, said official sources.

While Ministry of Tourism had sanctioned Rs.70.82 Crore for the purpose, Rs.56.65 Crore has already been released to the Odisha Government.

While Andhra Pradesh has been sanctioned two Coastal Circuits, Odisha has got one.

West Bengal has received a Coastal Circuit for development of Beach Circuit of Udaipur-Digha-Shankarpur-Tejpur-Mandarmani-Fraserganj-Bakkhlai-Henry Island.

Beaches of Mandarmani, Digha and Udaipur are adjacent to Odisha Coast and in fact Odisha needs another Coastal Circuit for development of beaches of Udaipur-Kasafal- Balaramgadi-Talasari-Chandipur, pointed out a former Additional Chief Secretary, who was long time, was in charge of Tourism Department of Odisha Government.

While Chhattisgarh has received funds for Tribal Circuit, though Odisha has rich Tribal Heritage to showcase, it has not been funded by the Union Government.

Similar is the case of Buddhist Circuit, in fact Odisha is famous for Buddhist Monuments spread over the State and it attracts large number of International tourists to these places of Buddhist interest.

So far Eco Circuits and Wildlife Circuits are concerned; the State has fabulous eco-tourism potential and rich bio-diversity, which is attracting one of the largest number of tourists to the sites.

However Odisha has not been able to receive any sanctions other than Coastal Circuit, pointed out a senior official. 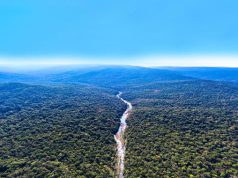 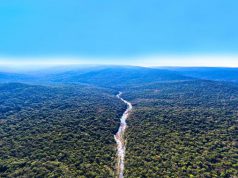