Bhubaneswar: Odisha is missing on both Sea Plane and Cruise Service front, which is becoming popular tourists.

With Government of India is promoting both the Sea Ventures in a big way as tourists are taking lot of interest in it.

While this Eastern Coastal State has 480 Kilo Meter long Coastline, there is hardly any interest for Sea Flight and Cruise Services, for which other Coastal States are grabbing the opportunities.

Take for example Minister Ports, Shipping & Waterways Mansukh Mandaviya flagged off  the Cruise service from Hazira Port of Surat to Diu on 31 March.

Mandaviya said that the Development of Cruise Tourism is the prime focus of the Government of India under the visionary leadership of Prime Minister Narendra Modi.

As the Indian coastline has a huge potential for the Cruise Tourism Industry and 6 International cruise terminals are being planned on both the West Coast, Mumbai-Goa-Kochi and East Coast, Visakhapattanam-Kolkata- Chennai of India.

While Odisha has three major Ports at Gopalpur, Paradip and Dhamra, lack of interest has resulted in Government of India missing these Ports for inclusion of Cruise Tourism.

Minister said that before 2014, there were 139 cruise calls at the Indian Ports but today 450 cruise calls in the country despite the COVID-19 pandemic.

There has been a steady growth in the number of tourists traveling by Cruise Services since 2014.

Mr.Mandaviya expressed optimism about the development of ferry, RoRo and ROPAX services between South Gujarat and Saurashtra region of Gujarat.

He said that water transportation is the new future of transportation with state-of-the-art ferry terminals and modern facilities in the cruise services.

One side voyage time of the cruise service is approximately 13 to 14 hours.

Cruise has the capacity of 300 passengers and has 16 cabins.  This cruise will sail two round trips in a week.

The Cruise has Gaming Lounge, VIP Lounge, Entertainment on Deck and other modern amenities.

One side journey will cost Rs.900+taxes(per head).

In November,2020, Prime Minister Narendra Modi inaugurated ‘Hazira-Ghogha’ RoPAX service and within four months, One  lakh passengers and thousands of vehicles utilised the ferry service to save journey time and the cost to travel from Hazira (Surat) to Ghogha (Bhavanagar).

The success of the ferry service has opened the gates for many more routes of water transportation in Gujarat and all over India, said Mr.Mandaviya. 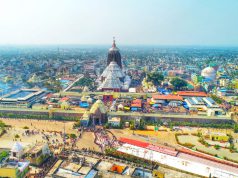 Tathya Correspondent - June 1, 2022 0
Bhubaneswar: In an aim to attract tourists across the globe, soon there will be a commercial operation of Luxury Houseboat ‘Garuda’ in...