Bhubaneswar: Ahead of the series of elections including the three-tier rural polls, urban local bodies elections in 2022 and the general elections of the Odisha Legislative Assembly and the Lok Sabha, the stage is set for a dogfight between major political parties over the reservation for the OBCs or Socially and Educationally Backward Classes (SEBCs).

Both the political parties plan to champion the cause of OBCs in the state and Odisha politics seems to be in the grip of caste politics. However, will caste politics work in Odisha, the land of Lord Jagannath, with its ethos of equality?

Several attempts to play the caste card in Odisha have utterly failed in the past and the leaders batting on the caste lines have been frustrated or sent to oblivion by the people. Be it Bhajaman Behera or Srikant Jena, all the prominent leaders wallowing in caste politics have been dumped in the garbage bin of history.

Oblivious of such lessons from the past, now both the BJD and the BJP have entered into a fight over castes and demand justice for the OBCs, whom they portray as being deprived of their rights for decades. During the long rule of Naveen Patnaik since 2000, this is for the first time that the regional party has raised the OBC issue and even announced that the BJD would field 27 per cent of candidates from the SEBCs. This is considered as a masterstroke by Naveen when the BJP has been working out to implement the proper reservation for the communities other than Brahmins and Karans, whose count is a maximum 13 per cent of the state’s 4.5 crore population.

The BJD supremo had won past elections not on caste basis, but propelled by the welfare schemes like Re 1 kg rice, Women Self Help Groups and such others, that is on the ground of people’s economic and social wellbeing. Does Naveen need to play a caste card for the future elections? His party already has over one crore members and a solid backing of women voters.

Therefore, caste politics may harm the BJD, fear political analysts. However, the BJD policymakers think that by invoking the caste issue they will block the opposition BJP, which have around 32 per cent share in the votes as per the 2019 election results. Interestingly, the saffron party got the support of 32 percent of voters when it had not raised the OBC issues. It got most of the votes due to inefficiency of the Congress leadership and to certain extent the huge popularity of Prime Minister Narendra Modi. The BJP has increased its vote share from 18 per cent in 2014 to 32 per cent in 2019 elections. The ruling BJD, however, apprehends that the saffron party may gain substantially by taking up the OBC issues.

However, caste has never been a factor in Odisha politics unlike in the northern Indian states like Bihar and UP or southern states like Karnataka and Tamil Nadu. A rough estimation says that the OBCs account for 54 per cent of the state’s population.

However, they do not vote en bloc on caste lines. Prominent OBC leaders like Ranendra Pratap Swain and Arun Sahu of the BJD and many others were elected to the Odisha Legislative Assembly several times not because they belonged to a particular community, but for their association with the BJD, the regional outfit headed by Naveen Patnaik, belonging to Karan caste. Similarly, other elected leaders in different parties in Odisha also must realize that they too got votes not because of their castes, but for their hard work as well as party affiliations.

Had caste been a factor in Odisha politics, Patnaiks (belonging to Karan caste having population of approximately 3 per cent) would not hold Chief Minister post of the state for 40 years. Brahmin community, whose population is about 8 to 10 per cent in Odisha, has produced four chief ministers. Incidentally, two tribal (having over 22 per cent population) leaders have become CMs of Odisha for 16 months while none from OBC (around 54 per cent) has ever led the state as the chief minister.

Another clear instance may also speak that caste is never a factor in Odisha politics. The state’s ruling and largest political party is headed by Naveen Patnaik while BJP State President is Samir Mohanty. OPCC president is Niranjan Patnaik and CPI is headed by Asish Kanungo and CPM State Chief is Ali Kishore Patnaik. All the party heads in Odisha belong to the Karan caste.

Therefore, in all probability the present exercise to champion the cause of OBCs may backfire as Odia people as a whole believe in “Jagannath Culture” that teaches that all are equal.

Lord Jagannath, who is considered Supreme in the State, has devotees from all castes. Therefore, it is certainly wrong to divide the Odia race based on caste, be it an agenda of the BJD or the BJP.

A votary of caste politics Srikant Jena, a veteran politician from the Khandayat community — which comes under SEBC, while heading the Congress manifesto committee in 2018, created a ripple in political circle by sending a missive to OPCC President Niranjan Patnaik and other Congress members. Jena proposed a preamble to the party’s manifesto for the 2019 general elections stating that if the party was voted to power, the Chief Minister and the two Deputy Chief Ministers should be selected from candidates belonging to the OBC or SEBC, the Scheduled Castes and the Scheduled Tribes. Jena said this formula will give equal representation to all sections of the society since these communities constituted 90 per cent of the Odisha’s population.

Presently, Odisha has reservation for STs (22.50 per cent), SCs (16.25 per cent) and SEBC (11.25 per cent). Both the BJD and the BJP are out to raise the quota for the SEBCs in the state beyond the 50 per cent limit. Both the parties also try to champion the cause of SEBCs. Thus both the major parties are set on playing the caste card, which has been rejected time and again in the land of Lord Jagannath. 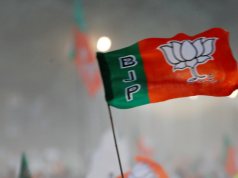