Bhubaneswar: In order to provide relief to general public from the rising fuel prices Chief Minister Naveen patnaik today announced reduction of Vat of Rs 3/each on petrol and diesel which will be applicable from midnight of 5 November.

This is over and above the reduction in excise duty announced by Government of India.

Union Government on Wednesday cut excise duty on petrol and diesel by record amounts of Rs.5 and Rs.10, respectively, per litre, to bring down their rates from the highest-ever levels.

Announcing the decision, a Union Government statement said the Centre has also urged states to commensurately (in an equivalent measure) reduce the value-added tax (VAT) on petrol and diesel to give relief to consumers.

In view of this reduction, the loss of VAT revenue to state exchequer will be to the tune of Rs 1400 Cr. per annum.

This is in addition to loss in VAT collection @ Rs. 1.6 Per litre on petrol and Rs. 2.8 Per litre on diesel, total amounting to Rs 700 Crore, which the state is likely to incur in view of Excise duty reduction by Government of India.

Hence the total loss to state exchequer on account of reduction in VAT is approximately Rs. 2000 Crore but is going as a major relief to the people of Odisha.

With this reduction, the petrol & diesel prices in the state is likely to be one of the lowest in the country. 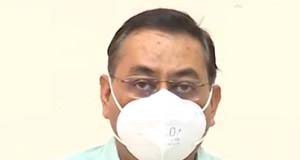