Bhubaneswar: In Odisha the Gross GST Revenue collected in the month of October 2021 is Rs.3593 Crore, which is 49 Percent more than the corresponding period of 2020.

While State Government had collected Rs.2419 Crore as GST Revenue in the month of October 2020, it has been able to mop up Rs.1174 Crore extra during October 2021.

The GST revenues for October have been the second highest ever since introduction of GST, second only to that in April 2021, which related to year-end revenues. This is very much in line with the trend in economic recovery. This is also evident from the trend in the e-way bills generated every month since the second wave. The revenues would have still been higher if the sales of cars and other products had not been affected on account of disruption in supply of semi-conductors. Chart 1 shows the upward trend in number of e-way bills generated during the month and the amount of taxable value clearly indicating the recovery in economic activity.

The revenues have also been aided due to the efforts of the State and Central tax administration resulting in increased compliance over previous months. In addition to action against individual tax evaders, this has been a result of the multipronged approach followed by the GST Council. On one hand, various measures have been taken to ease compliance like nil filing through SMS, enabling Quarterly Return Monthly Payment (QRMP) system and auto-
population of return. During past one year, GSTN has augmented the system capacity considerably to improve user experience. On the other hand, the Council has also taken various steps to discourage non-compliant behaviour, like blocking of e-way bills for non-filing of returns, system-based suspension of registration of taxpayers who have failed to file six returns in a row and blocking of credit for return defaulters. Number of returns (GSTR-3B) of every month/quarter by the end of next month is a good parameter indicating timely payment of returns and filing of returns. After last date of filing of returns, special efforts are undertaken to ensure compliance by the end of the month in form of messaging by GSTN and close follow up by the Centre and State Tax Administration. 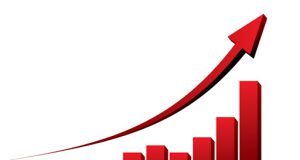 Tathya Correspondent - January 1, 2022 0
Bhubaneswar: Odisha has recorded 43 per cent growth in GST collection during the month of December 2021 compared to the same month...