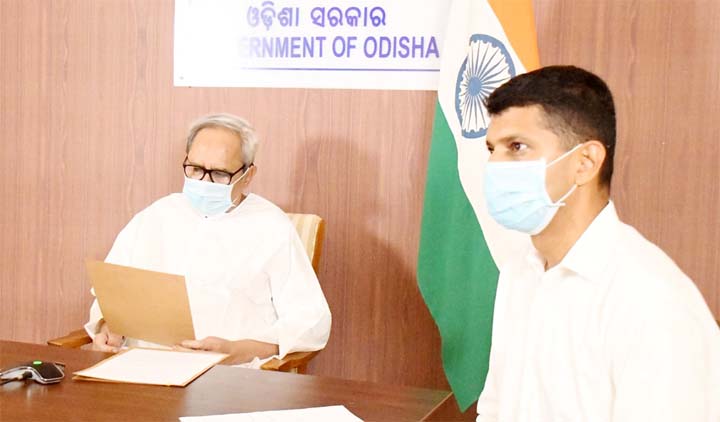 Mr.Patnaik said this while reviewing the COVID-19 situation in the state and the Government’s efforts in tackling the pandemic situation. The state had earlier launched several livelihood programs for farmers, members of Mission Shakti, MSME and others affected due to pandemic.

The banks were told to disburse adequate credit to the vulnerable groups in order to bail them out of the pandemic situation. “The Chief Minister will take a review of the Bank’s credit disbursement to different livelihood programs with District Magistrates and bank authorities on 22 December” an official statement said.

“The state will not tolerate the bank’s negligence in disbursement of credit to the livelihood programs. The state government will lodge complaint against the erring banks if found neglecting credit disbursement during the pandemic,” Mr.Patnaik said.

The State Government on 22 December will write to the Finance Ministry on the erring banks, a statement issued by the Chief Minister’s Office said adding that Patnaik has asked the state administration to remain alert towards the challenges posed to the state’s economy.

As a nationwide vaccination program is likely to start soon,Mr. Patnaik said Odisha is ready with database and logistics to smoothen the COVIF-19 vaccination activities.

However, Mr.Patnaik said the people should adhere to all the COVID-19 norms even after the arrival of vaccines.

The Chief Minister said that the sero-survey will be undertaken in Ganjam, Nayagarh and Koraput district by 31 December while next round of sero-survey to take place in Bhubaneswar and Cuttack in January.

Chief Secretary Asit Tripathy while attending the review meeting, said that there has been satisfactory improvement in the corona situation across the state.

Additional Chief Secretary Health & Family Welfare Pradipta Kumar Mohapatra said the state’s recovery rate has increased to 98.52 per cent, which is second highest in the country. Similarly, the daily new case reporting rate has further declined to 0.96 per cent from 1 per cent.

Mr.Mohapatra said the State Government has decided to adopt the election module while implementing vaccine programs.

Like people visiting different booths to cast their votes, they will come for taking vaccine, ACS Mr.Mohapatra said.

Tathya Correspondent - November 16, 2020 0
Department of Investment and Public Asset Management (DIPAM) has signed an agreement with World Bank on 16 November 2020.