Bhubaneswar: The power consumers of Odisha heaved a sigh of relief as the State Electric Regulator on Thursday kept the power tariff unchanged for the next fiscal.

This is a major relief for the people who are already reeling from the twin blows of spiraling inflation and hike of fuel prices.

Odisha Electricity Regulatory Commission (OERC) Secretary Priyabrata Patnaik said the Distribution Power Companies (DISCOM)s would not pass on the increase in power purchase costs to the consumers in the 2022-23 financial year as there was regulatory surplus of Rs.355 crore.

Mr.Patnaik, Secretary  OERC announced a rebate of 3 per cent if the payment was made by the Low Tension (LT) domestic consumers through the digital mode. Earlier, it was at 2 per cent.

The decision came after the OERC held a hearing last month with all the stakeholders, including the power distribution companies that wanted a hike. 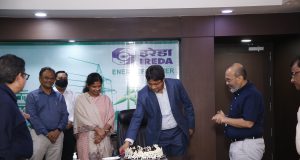