Bhubaneswar: The India Meteorological Department (IMD) this evening said that the cyclone Jawad weakened into deep depression and will further convert into a depression before heading towards Puri.

The system is likely to move north-northeast wards and weaken further into a depression by Sunday morning. It is likely to reach near Puri around Sunday noon, the IMD said.

Subsequently, it is likely to continue to move north-northeast wards along Odisha coast towards West Bengal coast and weaken into a well marked low pressure area during subsequent 24 hours, the Met department said.

From this forecast, it is clear that there is no more threat of this cyclone to Odisha or any other area.

However, rainfall activity is likely to continue for another day. Heavy rainfall may occur at one or two places over the districts of Mayurbhanj, Balasore, Bhadrak, Kendrapada, Jagatsinghpur, Keonjhar, Angul, Dhenkanal, Cuttack, Jajpur, Khordha and Puri, Sunday.

As the sea condition will remain rough, the fishermen are advised not to venture into westcentral & northwest Bay of Bengal till tomorrow.

Under the impact of the weather system, rainfall occurred in many coastal areas, Saturday. Highest 23 mm rainfall recorded at Paradeep, followed by 21 mm at Chandbali, 19.6 mm at Bhubaneswar, 12 mm at Balasore, 4.6 mm at Chatrapur, 4 mm at Puri and 2 mm at Gopalpur.

This seems that the IMD, which had forecasted several past cyclonic systems very accurately, has failed to predict the cyclone in an accurate way. 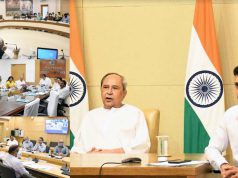 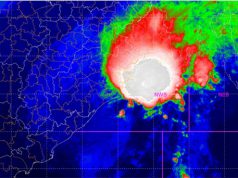 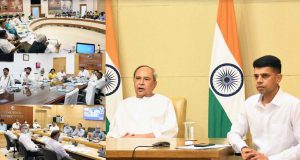