NHAI InvIT has for this period, announced a distribution of Rs.0.79 paisa per unit to its unitholders. NHAI InvIT had issued 59.52 crore units, accordingly Rs. 47.02 crore has been distributed to the investors. This maiden distribution will reinforce the confidence that the investors have shown in NHAI InvIT, as it achieves a big milestone in its journey to emerge as a major vehicle to support NHAI’s monetisation efforts.

NHAI InvIT’s units were listed on National Stock Exchange and BSE Limited on November 2021 at Rs.101 per unit with an Enterprise Valuation of Rs.8,012 crore. Since its listing, the number of distinct investors has increased from 27 to around 80 currently. Also, the number of domestic PF Trusts have increased from 5 to 27, with an aggregate holding of 5.1% of the units. The share of individuals (non-institutional) investors is currently at 2.7% from almost nil at the time of listing.

NHAI had launched its InvIT as a mode to monetise operational roads, as it has the largest share under the National Monetisation Pipeline. In its first offering, NHAI InvIT had attracted two international pension funds, namely Canada Pension Plan Investment Board and Ontario Teachers’ Pension Plan Board, as anchor investors. The balance units were subscribed to by a diversified set of domestic institutional investors, comprising pension funds, insurance companies, mutual funds, banks, and financial institutions. As part of its continuous monetisation strategy, NHAI has offered additional three roads of aggregate length 247 kms to NHAI InvIT. 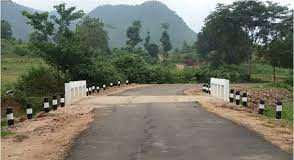 Tathya Correspondent - January 20, 2022 0
Bhubaneswar: The National Bank for Agriculture and Rural Development (NABARD) has sanctioned an assistance of Rs 951 crore to the State Government...