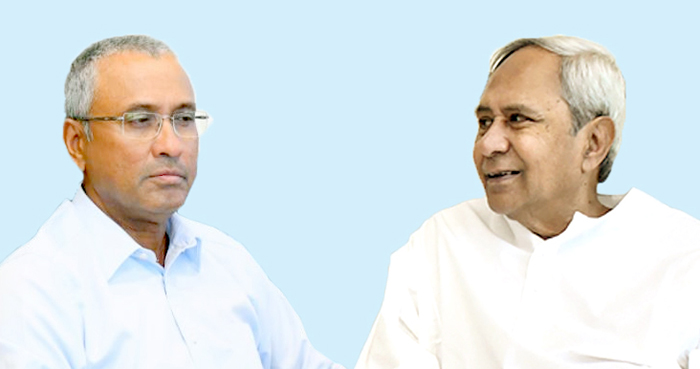 While Chief Minister Naveen Patnaik promised to grant promotion to all the eligible officers and employees by 31 December, Chief Secretary Asit Tripathy delivered it in a time bound manner.

Chief Minister Mr.Patnaik strongly felt that the State Government employees are playing a vital role in implementing 5T and if the employees get promotion without much delay, they will become happy and get inspired to work in Team.

Thanks to overdrive of Chief Secretary Mr.Tripathy, who works with Team Spirit, a mammoth promotion program was organized from State, Directorate, and District Level.

Take for example IAS Officers from level of Additional Chief Secretary to Deputy Secretary Level and even below were given promotion on 30 December.

Chief Secretary Mr.Tripathy directed the officials to complete the process by 31 December and compliance it by 1 January.

He also cautioned the Heads of the Departments to ensure promotion through fair process and said that they should not run form pillar to post for promotion related issues.

Accordingly Chief Secretary asked the top officials to bring necessary changes and discipline in the system.

Chief Secretary Mr.Tripathy chaired Promotion Adalat in order to provide justice to the aggrieved employees, who are deprived of due promotion for some reasons or the other.

Mr.Tripathy time and again held analytical discussion held with the senior mandarins and assigned with responsibility for taking up the promotion program so that Human Resource Management will be fully utilized for the State.

Chief Secretary Mr.Tripathy directed the officers to take due diligence in this regard

Sincere efforts were taken by the Secretaries, Directors, Collectors and other officials for addressing the grievances and ensuring promotion to the officers and employees.

Commenting on the  massive promotion program organized in the state, an ACS Rank IAS said that Chief Minister wanted to give timely promotion to Government Employees and Chief Secretary Mr.Tripathy has delivered it in a fool proof manner, while making the eligible employees happy.

Tathya Correspondent - November 6, 2020 0
In a move to make people’s life hassle free and , taking into account the lives of a farmer in the remotest...