Chief Minister Naveen Patnaik today inaugurated three power projects at Jaipatna, Koksara and Kalampur in Kalahandi district.  More than 30,000 people will be benefited by these projects. Through video conferencing Mr.Patnaik inaugurated a 220-132-33 KV Grid sub-station at Baner near Jaipatna in Kalahandi district.  233 KV fidder lines generated from this grid were also dedicated by the Chief Minister.  Speaking on the occasion, Mr.Patnaik said with these three power projects getting operational today, people will get uninterrupted and better quality power supply.  The problem of power cut will no longer be there and farmers, women and student will be the major beneficiaries of these projects.  In coming days improved power supply to all other areas of the district will be taken up.  Notably, the 220 KV Jaipatna grid has been installed with an investment of Rs. 82 Crore.  Through this project, people of Kalahandi will get power from Indirabati Project for the first time.  Subsequently, through another 132 KV double circuit line with a stretch of 47 kilometers will connect Junagarh. Patnaik said in coming days Kalahandi district will present a new chapter of development.  Now, it has established a distinct identity for itself for its rapid growth.  In agriculture, the district has set a new benchmark.  For better irrigation facility many mega irrigation project including  red  have been made operational.  The construction work of the Govt. medical college is also going on with a great speed.  Biju Express Way which is going to be a lifeline of Western Odisha is also set to first pace the economic progress of Kalahandi district.  Speaking on the occasion,  Energy Minister Divya Shankar Mishra said under the leadership of Chief Minister Naveen Patnaik Kalahandi district has witnessed accelerated growth in agriculture, irrigation, road transport, education, health and other areas.  Especially in higher education sector wide spread development has been observed in the district.  He also highlighted the importance of Biju Express Way in accelerating the industrial growth of Kalahandi.  Leader of Opposition Pradipta Naik who also participated in the program said with operational of Indiravati Project Kalahandi district has witnessed wide spread development.   The district has earned reputation on paddy production especially after the left canal has come in to being, he said while complimenting the Chief Minister for the power projects which were inaugurated today.  Narla MLA Bhupinder Singh,  Development Commissioner S C Mohapatra, Chairman, OPTCL, Secretary, Energy and Kalahandi Collector were among others present during the program which was monitored by Secretary to Chief Minister V K Pandian. 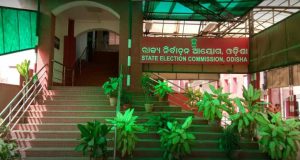