Before attending the session, Mr.Patnaik also presided over a meeting of the Governing BJD Lawmakers Meet held in the Assembly premises and advised the Members on how to face the challenges of the opposition parties which have earlier announced to attack the government over the alleged rise in the poll related violence and deteriorating law and order situation across the state.

“The government is prepared to debate on any issue raised by the opposition members. The party will also raise issues like central negligence towards Odisha and price rise of essential items and fuel,” said Parliamentary Affairs Minister Mr.Arukha.

Though Mr.Patnaik used to attend official meetings and assembly proceedings during the peak of the COVID-19 pandemic through virtual mode, the opposition members used to criticise him for not attending the House.

Several times, Congress Legislature Party leader Narasingha Mishra on record alleged that Mr.Patnaik attended sports programmes in Kalinga Stadium and moved on the road in front of the Assembly, but did not come to the House.

The Chief Minister was also criticised for not physically attending his office at Lok Seva Bhavan and the state legislature despite touring different districts to launch the Biju Swasthya Kalyan Yojana (BSKY) smart health cards ahead of the three-tier panchayat elections. In December, the ruling dispensation also drew flak when Patnaik inaugurated a state-run restaurant here while the Winter Session of Odisha Legislative Assembly was on but did not show up in the House.

Mr.Patnaik, since the outbreak of the pandemic, used to work from his residence – ‘Naveen Niwas’  – on virtual mode. He attended the previous session of the Assembly through video conferencing even as opposition parties demanded his physical presence in the House. Even a delegation of the opposition BJP led by Leader of Opposition Pradipta Kumar Naik, had visited Naveen Niwas and invited him to attend the House as he is leader of the House besides being president of the ruling party.

CM Mr.Patnaik came to the Assembly and attended the proceedings of the House following significant improvement in the COVID-19 incidents across the state. Odisha on Friday registered 55 fresh infections taking the COVID-19 tally to 12,87,378. The state presently has 458 active cases, Department of Health bulletin said.

The Assembly session is being held with strict adherence to the COVID-19 protocol as all the attendants had to undergo RT-PCR test and maintain social distancing in seating arrangement between MLAs. Apart from members, ministers, all the staff and media persons also underwent COVID-19 tests, a official said.

The Budget session will be held for only seven days. The discussion on the Governor’s Address will take place for two days on March 26 and March 28. The session will conclude on March 31.

As per the schedule, the Vote On Account for the year 2022-2023 will be presented by Finance Minister Niranjan Pujari on March 30 and the Appropriation Bill will be tabled on March 31. 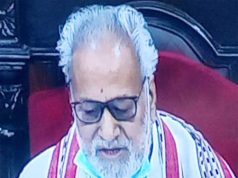 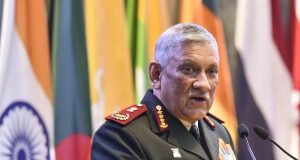