Bhubaneswar: In absence of any initiative taken by the Union Government thus far to resume international flights from the Biju Patnaik International Airport (BPAI) even after lifting of   restrictions which were imposed during Covid-19 pandemic, the Odisha government has gone ahead on its own to attract airline operators for this.

The Department of Commerce and Transport (DoCT) headed by Principal Secretary Bishnupada Sethi has floated tender seeking quotations to select suitable operators to have a direct flight between Bhubaneswar to international destinations like Dubai, Singapore and Bangkok. Tour operators and other stakeholders in the tourism sector applaud this initiative taken by the Principal Secretary Sethi.

The State Government has also offered to provide financial support to the selected airlines to start direct flight operation to the abroad cities.

The State has planned to start flight operation from Biju Patnaik International Airport to the above three destinations with at least three flights a week preferably on alternate days including the weekends, senior official sources said here on Tuesday.

However, the selected airline can operate on the remaining days of the week without any financial support from the Government of Odisha, the sources said.

There is a potential of unlocking not only for the tourism sector, but also for the general industrial sector including that of the IT sector, if Bhubaneswar can have direct connectivity with Dubai in the West, Singapore and Bangkok in East.

Dubai and Singapore being two large air hubs, it virtually opens up the entire world to the passengers of Odisha and also for people of Odisha origin settled abroad, they said.

The Government will allow operations through fixed wing aircraft only with passenger seating capacity of equal to or more than 70 seats.

The selected airline will have to commence direct international flight operations on the proposed international route, within a period of 60 days from the issuance of Letter of Award unless any extension is granted by the State Government.

The State will provide financial support for the actual number of flights operated by the airline operator initially for a period of one year starting from the date of commencement of flight operations. The support can be extendable up to three years depending upon the sustainability of operation.

In case any of the selected airlines like to change the aircraft type or size, the agreed financial support will be withdrawn until both the parties arrive at a certain conclusion regarding operational cost or revised financial support.

The airline must operate a minimum of 70 per cent of the operations mentioned in the bid document in order to be eligible for the financial support; unless the operations are affected due to force majeure, in which case the client will extend the scheme for the selected airline operator. 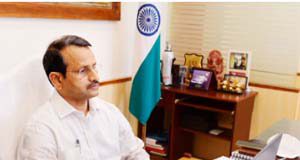