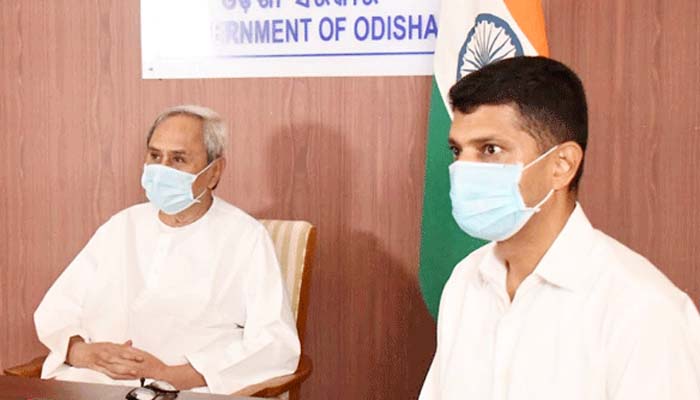 Bhubaneswar: Chief Minister Naveen Patnak on Tuesday asserted that his Government wish to convey every family in the State the hope of economic recovery after the pandemic.

“Odisha has successfully set an example across the country by managing Covid- 19 well. We welcome the New Year with new hopes with the possibility of vaccinations. At this time we want to convey the hope of economic recovery to every family in the State,” he said at a review meeting with Bankers and district authorities about financial assistance to Mission Shakti Self Help Groups and micro, small and medium enterprises (MSME) here.

The Chief Minister said these people are most important for us. Secretary to CM V K Pandian moderated the discussion.

“Our system, our institutions will have no value if millions of farmers, Mission Shakti groups and small and medium enterprises in the state are deprived of loan at this time,” he asserted.

He said now the first necessity is loan and they need to be helped wholeheartedly.

The Chief Minister said that despite the improvement in the lending sector in the last few weeks, the trend must continue until the needs of every citizen who wants a loan are met.

Highlighting the plight of the farmers, Mr.Patnaik  said that every year we can help the farmers suffering from irregular weather by providing them with loans as per their needs.

He commended the districts of Malkangiri, Dhenkanal and Kalahandi for further improvements in this regard.

Stating that lending to Mission Shakti groups is a priority of the State Government, the Chief Minister said that Sambalpur, Kandhamal, Nuapada and Baleshwar districts have done well in this regard.

The Union Bank of India, Utkal Gramya Bank, Axis Bank and others have also been advised to provide more loans, he added.

He said the UCO Bank, Canara Bank and State Bank of India have done well in this regard.

Describing the micro, small and medium enterprises as the backbone of the state economy, the Chief Minister said that the trend of lending to them was satisfactory.

“Similarly, the Central Bank of India and the Punjab National Bank have disbursed more than their annual lending targets,” he said.

The State Bank of India has so far disbursed a maximum of Rs 4,250 crore to the MSME sector. “There is a need to improve in this area,” he said.

The Chief Minister hoped that all districts and banks would meet their lending targets by the end of the last three months of the current financial year.

CM said he would review the matter again on February 26.

The Chief Minister also announced that the Union Finance Minister would be briefed on the banks performing well and would be rewarded at the end of the current financial year.

Chief Secretary Asit Tripathy said that comprehensive economic programs were needed in the fields of agriculture, women and MSMEs.

Principal Secretary MSME Satyabrata Sahoo said that by now, 73 per cent of the lending target has been achieved and he hopes that the full target will be achieved by the end of the next four years.

Mission Shakti Commissioner Sujata Karthikeyan said that each self-help group needs to be given an average of at least Rs 2 lakh as loan.

She advised the banks to take immediate action without rejecting the loan application.