Born at Kansar village in Deogarh district in 1962, Mr.Mohapatra belongs to Keonjhar district.

He passed matriculation from DN High School Keonjhar, B Sc. from Ravenshaw college in 1982 and MSc Tech Applied Geology from ISM Dhanbad in 1985.

Joined IAS in 1986  after brief stint in ONGC. After probation in Sambalpur district he was posted as Sub collector Nuapada in Kalahandi district for 2 years from 1988 to 1990.

Then after he served as ADM Puri followed by PD DRDA  Balasore and Mayurbhanj districts between 1990 to 1993.

Mr.Mohapatra joined as first District Collector of newly formed Bhadrak district in 1993 after the Riots.

During serious Kandhamal riots the than Chief Minister  Biju Pattnaik posted him as District Collector Kandhamal to manage the riots, which he handled efficiently.

With his earlier experience in handling Kandhamal riots, he was sent to Kandhamal  in 2007 and 2008 by the Chief Minister Naveen Patnaik.

After field visits, his observations counted much in solving the critical impasse in the Tribal Zone.

During Naba Kalebar of  Trinity in 1996, he was posted as District Collector Puri, and removed encroachment around Meghanad Pacheriand conducted Naba  Kalebar smoothly.

Mr.Mohapatra  took the leadership of OMFED, the Major Milk Federation of the State for about 6 years as its Managing Director.

He scaled up the activities of OMFED in a big way and developed  many new products looking at the requirement of the customers.

He was entrusted with responsibility of CEO, CESU after the power company AES left suddenly.

Then after he led GRIDCO as CMD for 3 years, became RDC Cuttack for 2 years.

As Principal Secretary Energy, he brought reforms in the sector and has been able to improve the performance of the sector.

An ardent devotee of Lord Jagannath, Mr.Mohapatra was again posted  as Chief Administrator of Puri temple in 2015 for the second time during which he conducted Naba Kalebar of the Trinity successfully

He also served as Principal Secretary in Water Resources Department and scaled up activities in a big way.

As Additional Chief Secretary Forest and Environment he developed Eco Tourism Assets and popularized the Product both among domestic and international arena.

Because of the success and potential Eco Tourism Projects were replicated and up-scaled in successive years.

As Additional Chief Secretary and Development Commissioner , as well as Working Chairman of Shree Jagannath Temple Management Committee, he has served the State well.

Known as an honest mandarin and quiet performer, Mr.Mohapatra is expected to ably lead the State Bureaucracy in Post COVID-19 Pandemic. 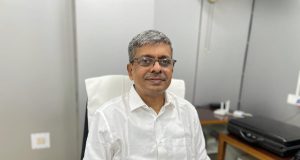 Tathya Correspondent - February 16, 2022 0
Bhubaneswar: Barring some minor incidents, the first phase of voting for election of Panchayati Raj Institutions (PRIs) has completed smoothly in all...