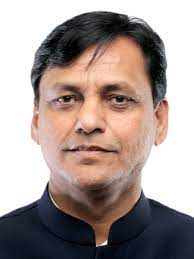 New Delhi: Steadfast implementation of the National Policy and Action Plan to Address LWE has resulted in consistent decline of LWE violence and its geographical spread. Incidents of LWE violence have reduced by 77 per cent from all time high of 2,258 in 2009 to 509 in 2021.

Minister of State for Home Affairs, Nityanand Rai stated the above in a written reply to a question in the Lok Sabha today.

He said that As per Seventh Schedule of the Constitution of India, subjects of ‘Police and Public Order’ are with the State Governments.

On the development front, the Central Government has taken various initiatives with special thrust on expansion of road network; improving telecom connectivity; financial inclusion of local population; skill development and education facilities in the LWE areas.

2,343 mobile towers were installed under Phase-l and work order has been issued for 2,542 towers under phase-II of Mobile Connectivity Project for LWE Affected Areas. Another 4,312 mobile towers have been approved in LWE affected areas under the scheme for uncovered Aspirational Districts.

Under the Special Infrastructure Scheme (SIS), projects worth Rs. 371 crore for strengthening Special Forces (SF) and Special Intelligence Branches (SIB) and for 250 Fortified Police Stations (FPS) worth Rs. 620 crore in vulnerable LWE affected areas have been approved since 2017.

Apart from this, in the previous   SIS/FPS   scheme,   the   Central   Government released more than Rs.1,180 crore for construction of 400 FPS and upgradation of police infrastructure in the States.