Set up at a cost of Rs 75 lakh, the silk yarn production centre is capable of producing 200 KG of silk yarn worth Rs 94 lakh annually.

The production capacity of this unit will be gradually increased to meet the increasing demand.

“Silk is the timeless heritage of India which is integral to our culture and tradition. It is also a key component of the Indian textile industry, particularly Khadi. With commissioning of this silk yarn production centre, Silk yarn will be produced locally and thus reducing the cost of Silk production. This will give a major boost to the sale of the famous Tussar Silk of Odisha and strengthen the traditional craft of Silk,” KVIC Chief Mr.Saxena said.

For hundreds of years, Odisha has been known for its exquisite Silk, particularly the Tussar variety, which provides livelihood to thousands of tribal people, particularly women.

But the Silk weavers in the state were totally dependent on states like West Bengal, Jharkhand and Karnataka for the Silk yarn, which increased the cost of the Silk fabric.

However, Tussar silk is one of the finest varieties of Silk that is distinguished by its coarseness and porous weave that give it a rugged and rustic appearance.

This silk yarn production centre will create direct employment for 50 artisans including 34 women, besides providing livelihood support to over 300 tribal farmers engaged in cocoon farming.

This will also create indirect employment for weavers and reelers in the state. Every kilo of raw silk produced, creates employment for 11 artisans out of which 6 are women. 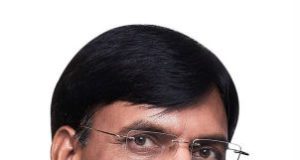