The beneficiaries of the Krushak Assistance for Livelihood and Income Augmentation (KALIA) scheme will receive Rs 2000 each for Rabi season 2021-22.

On September 11, the Chief Minister had distributed a sum of Rs 742.58 crore for 37,12,941 farmers across the state under the scheme. However, farmers of Puri district could not avail the benefit as the model code of conduct was in effect due to the Pipili by-poll.

Therefore, the announcement has been made. Very soon, the money will be distributed to the bank accounts of beneficiary farmers.

Rs 33.03 crore would be released to the bank accounts of 1,65,131 small and marginal farmers of the district.

Under the package, all 17.89 lakh landless farmers in the State received special assistance of Rs 1,000 each. Besides, Rs 207 crore was given to landless farmers, who had not received their third instalment under KALIA scheme. 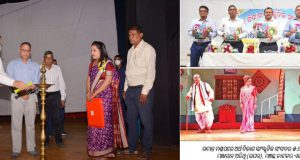