Puri: Thousands of devotees have started thronging pilgrim town Puri as the stage is all set for the nine-day Rath Jatra beginning on Friday. After a gap of two years, devotees are allowed to witness the biggest festival of Odisha.

Lord Jagannath and his two siblings – elder brother Balabhadra and younger sister Subhadra – are ready to give darshan to the public in Raths and visit Gundicha Temple. All roads are leading to the pilgrim town.

The Singha Dwar (Lion’s Gate) in front of the Jagannath Temple was soaked in religious fervour on Thursday as servitors and devotees pulled the three grand chariots from the Ratha Khala (where the chariots were being made) to the main gate of the shrine amid the beating of cymbals and blowing of conches.

The three majestic chariots now stand tall in front of the Singha Dwar facing East towards Gundicha temple. They have been kept ready and will be pulled by lakhs of devotees on Friday.

Lord Balabhadra would lead the chariot procession riding Taladhwaja. It will be followed by Devi Subhadra in Darpadalana. Lord Jagannath would go riding Nandighosa in the end.

On Friday morning, a Purohit will perform Yajna to consecrate the three chariots. The rituals will begin with ‘Mangala Arati’ at 6 am, followed by ‘Mailam’ and ‘Vesha,’ ‘Rosha Homa’ and Surya Puja.’ Than ‘Gopal Bhog’ and ‘Khichidi Bhog’ will be offered.

More than 185 platoons of armed police personnel, including 1,000 officers of various ranks are deployed in and around Puri to ensure safe conduct of the festival.

The Railways engaged scores of armed policemen while several CCTV cameras have been installed at various places.

The deities will return to Sri Mandir after completion of the nine-day yatra called ‘Bahuda Jatra’. The State Administration has made elaborate arrangements for smooth and peaceful conduct of the festival.

District Collector Samarth Verma said all rituals of deities are going on smoothly. “We hope all the rituals will be completed on time tomorrow,” he said. 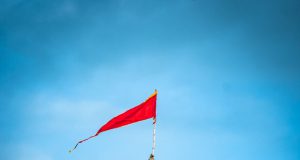 Tathya Correspondent - December 29, 2021 0
Puri: Ahead of the new calendar year, a devotee on Wednesday donated silver valuables weighing 7 KG and a cash of Rs...