New Delhi: The All India Radio (AIR) station at Jeypore in Koraput district will continue to function as before to serve the needs and aspirations of the region by delivering radio content in multiple modes, said Union Information and Broadcasting Minister Anurag Singh Thakur on Tuesday.

In a written reply to a question asked by Congress MP Saptagiri Ulaka, Minister Mr.Thakur said, “AIR Jeypore continues to function as before to serve the needs and aspirations of the region by delivering radio content in multiple modes such as on 1467 kHz in Medium Wave, and at 103.6 MHz in FM in Jeypore, and on “newsOnAir” mobile application on “Android” and “iOS” platform for mobile users globally.”

Accordingly, he said, the administration of the field units of DD and AIR in the State of Odisha has been organised into three clusters, each to be headed by a senior officer who is made responsible for administrative functions of the smaller field units that are part of the respective clusters. The Jeypore station has been included in the Bhawanipatna cluster for better administration.

This structuring of smaller field units into administrative clusters has been done to bring operational efficiency and prudent financial management so that service matters, statutory matters such as RTI replies, legal and financial matters of these smaller field units are handled in a timely and transparent manner by the senior officer heading each cluster, Thakur further said.

The administrative organisation of smaller field units into clusters, however, has no bearing on the content operations of AIR Radio service in Jeypore or of any other AIR station in the state of Odisha or anywhere in India. 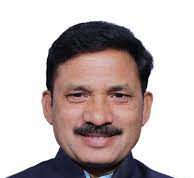 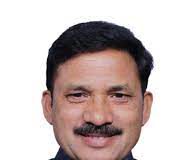 Tathya Correspondent - December 11, 2021 0
New Delhi: As many as 6230 Gram Panchayats (GPs) of Odisha have been made Service Ready under BharatNet Project, Union Minister of...