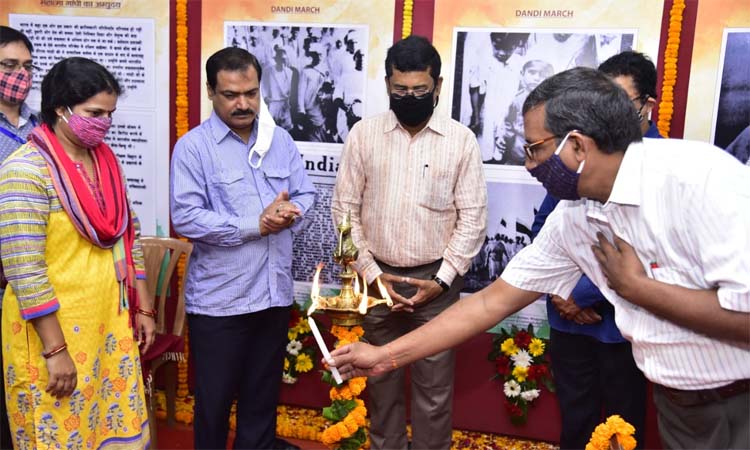 This was as part of the ongoing Amrit Mahotsav. Javadekar said that the Azadi Ka Amrit Mahotsav is being organised at 75 places across the county.

He paid tributes to Odisha’s freedom fighters Jai Rajguru, Veer Surendra Sai and Rama Devi among others have been put up. The photo exhibition will continue till March 16.

He said “Amrit Mahotsav pays tributes to the contributions of Mahatma Gandhi, Sardar Patel, Subash Chandra Bose, Dr. Ambedkar, all prominent leaders and revolutionaries including Khudiram Bose, Bhagat Singh, Sukhdev and Rajguru, who have earned us our freedom”.

Mr.Javadekar further said that it is important to make people aware of the story of independence in their own languages.

“In the coming days, the Azadi Ka Amrit Mahotsav will be celebrated on a much larger scale,” said the Union Minister.

Following the inauguration of the exhibition, Mr.Javadekar tweeted, “Effective exhibitions set up by BOC across the country will educate the populace on the ethos of freedom struggle and envision our path for next 25 years.

He Inaugurated 7 such exhibitions today.

“I invite people to visit these venues and leave with a piece of history with them”, Mr.Javadekar said.

The exhibition held at Jaydev Bhawan in Bhubaneswar today is being organised jointly by the Regional Outreach Bureau (ROB) Bhubaneswar, Bureau of Outreach Communication (BOC) under the Ministry of Information and Broadcasting, Government of India along with Information and Public Relation Department and Odia Language, Literature and Culture Department, Government of Odisha.

The photo exhibition showcases the story of India’s freedom struggle from 1857. The story has been told through as many as 49 panels where pictures and information of the country’s freedom fighters ranging from Mahatma Gandhi, Subash Chandra Bose, Sardar Ballav Bhai Patel to

During the inauguration of the exhibition, Akhil Kumar Mishra, Director ROB Bhubaneswar, Subodh Kumar Acharya and Sanjay Mishra, Deputy Directors of Culture Department, Government of Odisha among other officials of Ministry of Information and Broadcasting were present.