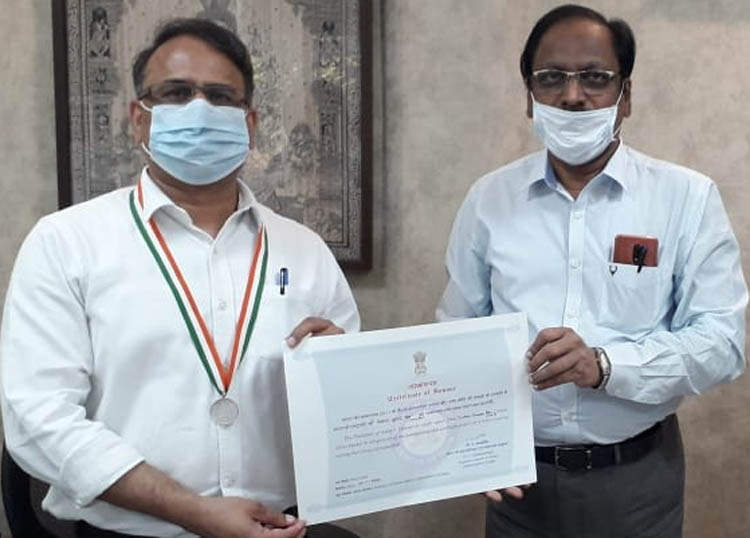 Bhubaneswar : Senior Mandarin Vishal Kumar Dev has been honored by Government of India for his extraordinary efforts in handling Census Operation in crucial Capital City of Odisha.

Mr.Dev, while serving as Commissioner of Bhubaneswar Municipal Corporation(BMC) he organized Census Operation in a professional and efficient way for which it was  smooth sailing for the Census Directorate in handling the affairs in Capital City.

Mr.Dev had shown outstanding zeal and high quality of service was rendered by him as BMC Commissioner during the Census Operations.

Government of India recognizing the extraordinary efforts honors the serving officials for their sincere efforts in handling Census Operation.

Mr.Dev is known for his sincerity and commitment for the cause of the people and state and rightly the honor has been bestowed on him by the Census Authorities.

The Medal is awarded on the basis of recommendations of the State Directorate of Census Operation and approval of the Registrar General of India and Census Commissioner of India.

And the President of India bestows the honor for such outstanding efforts.

Tathya Correspondent - July 13, 2021 0
Bhubaneswar: Like past few years, this year too, some common men from Odisha may get the prestigious Padma Awards.