Jharsuguda: Chief Minister Naveen Patnaik on Monday announced allotment of homestead land to 2000 families affected due to construction of the Hirakud dam project.

The Chief Minister has made this announcement while launching distribution of smart health cards to beneficiaries of Biju Swasthya Kalyan Yojana (BSKY) of Jharsuguda district through video conferencing from Bhubaneswar.

It is a long standing demand of nearly 2000 families displaced by the Hirakud dam project constructed in the 1960s.

The Smart Health card launched for Jharsuguda district will benefit 1.15 lakh people in the district. As many as 12 districts including Jharsuguda participated in the programme so far.

The Chief Minister inaugurated two water treatment plants, one for Jharsuguda and another for Brajarajnagar. He said in a bid to provide safe drinking water to all villages and towns in Jharsuguda district, the State Government had taken up several piped water projects at an estimated cost of Rs. 618 crore. All these projects he said would be completed by June 2023 benefiting 1.22 lakh families of the district.

Around 1,000 hectares of farmland have been irrigated under the Parbati Giri Mega Lift Irrigation Project. In addition, four mega lift irrigation works worth Rs 186 crore are underway in the district and the target of providing irrigation facilities to all parts of the district will be met soon, he said.

The Chief Minister also announced that the construction work of the 100 bedded Heart Hospital would be completed soon to provide best and sophisticated treatment to the people. Rs 102 crore has been spent on this project, sources said. 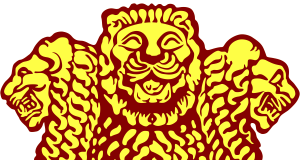 Tathya Correspondent - November 15, 2021 0
New Delhi: In response to the multiple references that have been received by the Union Health Ministry from various sources and in...