Puri: With all the divine power in force the Rituals and Nitis of the Annual Rath Jatra completed much before the scheduled time and in a very high charged spiritual atmosphere, which never happened in the recent past.

It seems that Lord Jagannath and His siblings Lord Balabhadra and Devi Subhadra were in a hurry to reach Shree Gundicha Temple (Their Aunt’s Abode). Even though there was no participation of devotees (due to Covid-19 restrictions), the Sevayats pulled all three holy chariots with sincerity and devotion for which the chariots reached Saradhabali hours before the scheduled time. The Trinity looked so beautiful and mesmerizing on the chariots.

“Starting from Pahandi to Chariot Pulling, all Rituals were performed much before the scheduled time frame. All credit goes to Shree Mahaprabhu, without ‘His Wish’ it could not have happened”, said sources of Shree Jagannath Temple Administration Chief Administrator, Dr.Krishan Kumar.

The auspicious day’s rituals began in the morning at around 7.15 AM with Pahandi Bije of the three Deities. Adorned with tahias (giant floral crowns), chants of hari bol & Jai Jagannath,  the three Deities along with Lord Sudarshan were brought out of the sanctum sanctorum amid beats of cymbals, drums and gongs in the Pahandi procession to their chariots parked before Srimandir.

Accepting the request of Shree Jagannath Temple Administration (SJTA), Puri Shankaracharya Swami Nischalananda Saraswati offered prayers to the Deities on their respective chariots. This ritual is very significant as per tradition.

As per the protocol, Shankaracharya moved from one chariot to another, accompanied by his disciples and servitors. While one person moved ahead of the seer by sprinkling sacred water, others remained as a guard in three different directions.

The Adi Shankaracharya in the 8th century AD, perhaps in 810 AD, visited Puri and established a mutt known as Shree Govardhan Peeth (one of the four monasteries founded by him). Adi Shankaracharya introduced the ritualistic procedure in the temple. He by using his inner eyes found the Trinity, Lord Balabhadra, Devi Subhadra and Lord Jagannath, being kept in “Patali” in order to save the idols from invaders.

Then, Gajapati Maharaj of Puri Dibyasingh Deb arrived in his royal palanquin and carried out the Chhera Panhara ritual, the ceremonial sweeping of the chariots with a golden broom, amid chanting of hymns by the priests.

Following these rituals, pulling of the three gigantic chariots by the servitors was started around 12.08 PM. Taladhwaja of Lord Balabhadra was pulled first followed by Darpadalana of Devi Subhadra and Nandighosa of Lord Jagannath.

With the intense supervision of SJTA Chief Administrator Dr Krishan Kumar, the rituals were completed 3 hours ahead of the scheduled time. From the very beginning, the hardworking Officer, was personally monitoring all events related to the festival, which yielded the result, an official said.

The Chief Minister along with his Secretary VK Pandian watched the live telecast of the Ratha Jatra on TV at the Chief Minister’s Office. When the chariot pulling began, the CM and his PS stood up from their seats and prayed to the deities with folded hands.

No other person was allowed on the Grand Avenue apart from servitors, security personnel and other officials of the State Government and the Shree Jagannath Temple Administration (SJTA).

The world-famous Rath Jatra was viewed by millions around the world through their television sets. The entire Puri district was under shutdown restrictions during the pulling of chariots.

Tight security arrangements have been put in place for smooth completion of the Rath Jatra.  The entire Grand Avenue was under Section 144 of the CrPC and a curfew-like situation prevailed in the pilgrim town. All entry points to Grand Avenue and roads leading to Puri were barricaded and sealed.

Chief Secretary Suresh Chandra Mahapatra witnessed the festival in Puri today and said that the District and State Administration are getting excellent cooperation from the people of Puri who have stayed inside their houses despite Rath Jatra because of the Covid guidelines.

He prayed to the Lord that the Covid-19 pandemic will be over and the devotees will get permission to participate in the Rath Jatra next year. Everything is going on smoothly and elaborate arrangements have been made for the festival, he added.

Information and Public Relations Principal Secretary Bishnupada Sethi personally monitored the Audio Visual Program being telecast by Doordarshan and feed was provided to all the channels, digital and web platforms.

SJTA Chief Dr.Kumar lauded the efforts of Servitors, Police, District Administration and all the stakeholders for their ‘Joint Efforts’ for which the Rituals and Chariots Movement were completed smoothly.

Dr.Kumar said “Team Efforts have yielded positive results and he is indebted for all the stakeholders for their cooperation and support”. 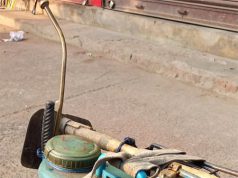 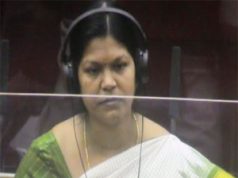 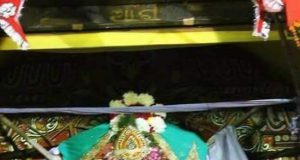 Tathya Correspondent - July 22, 2021 0
Puri: A day before Niladri Bije, the Lord Jagannath along with Lord Balabhadra and Devi Subhadra were offered a special drink called...