Cuttack: Giving a clear-cut message on conduct on Rath Jatra in other places than Puri, Orissa High Court on Wednesday rejected pleas filed to allow conduct of the Annual Jatra at Kendrapara and Bhatli in Bargarh district.

The High Court (HC) refused to intervene in the State Government’s decision to allow the car festival of Lord Jagannath only in Puri this year.

The Court has rejected four petitions filed by different applicants seeking permission to hold the Rath Jatra at Baladev Jew in Kendrapara, popularly known as Tulasi Khetra. Another petition filed to allow conduct of the Rath Jatra at Lord Jagannath Temple at Bhatli in Bargarh district was also rejected by the Court.

Petitioner’s Advocate Akhaya Kumar Pandey said challenging the decision of the Government for not to allow any other temple in Odisha to conduct the festival, some servitors and NGOs had moved the Orissa High Court.

“We had prayed the court to allow conduct of Rath Jatra at Baladev Jew temple in Kendrapara like it was allowed for Puri temple following all Covid protocols. It is also an age-old tradition. Therefore, in the name of Covid, the tradition should not be disturbed. Today, the Court after hearing all parties has refused to intervene in the matter,” said Mr.Pandey.

After examining the High Court order, further course of action whether to move the Supreme Court or not, will be taken, he added.

In view of Covid-19 situation, the Odisha Government has decided to conduct the Rath Jatra only in Puri, that too without participation of any devotee.

Last year also in view of Covid-19 outbreak, the Supreme Court had asked the State Government to conduct the festival only in Puri and without participation of devotees along with other restrictions. 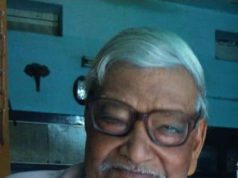 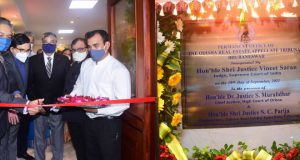