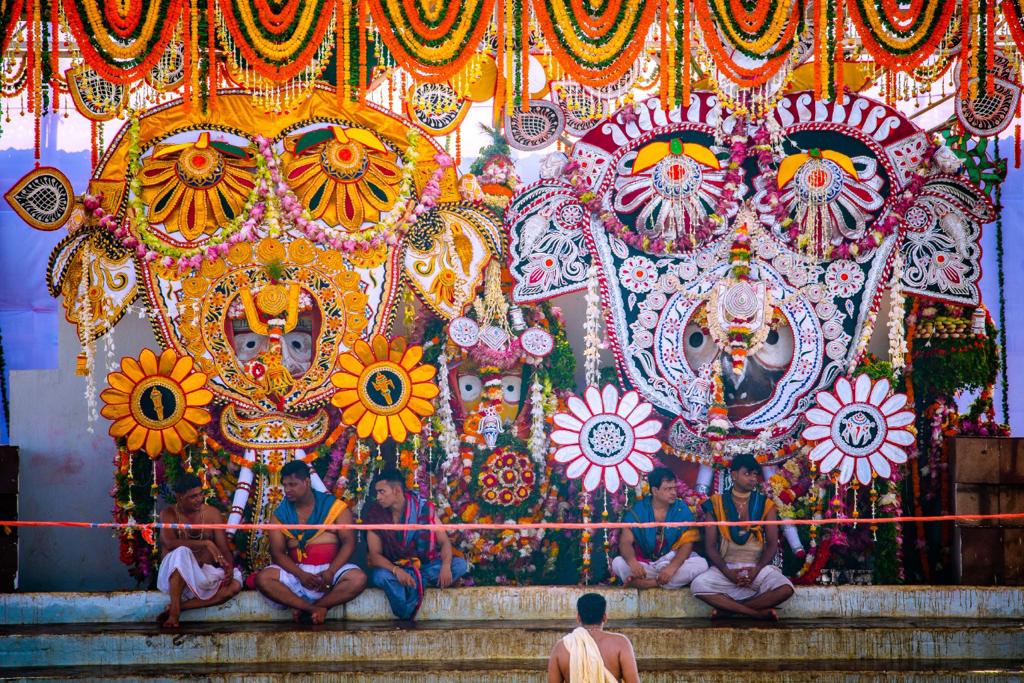 Puri: Over a lakh of devotees from across the globe are in Puri on Tuesday to get a glimpse of ‘Hati Besha’ Lord Jagannath and siblings Balabhadra and Goddess Subhadra on the auspicious occasion of Snana Purnima.

The devotees stand in a long queue to witness the divine rituals of the Lords. Soon after the holy Jalabhiseka (bathing ceremony) on Tuesday morning on the Snana Mandap, situated near Ananda Bazar inside temple premises, the deities are now giving ‘darshan’ (divine glimpse) of ‘Gaja or Hati Besha. This place can be viewed by the people without having an entry to the temple premises.

The deities were now dressed like Ganesha, who bears the head of an elephant. The elephant costume is known as ‘Gaja or Hati Besha’. While Lord Jagannath and Balabhadra were dressed like elephant, their sibling Devi Subhadra gave the darshan in lotus flower Besha.

The servitors decorated the deities with flowers and Tulasi (basil). King Gajapati Dibya Singh Deb, the first servitor of Lord Jagannath, visited the Snana Mandap from his palace in Tanzan to pay obeisance to deities. He performed Chhera Pahanra (sweeping of the floor) at the pandal, one of the major rituals ahead of Gaja Besha, with the priests chanting mantras.

The Snana Yatra is an annual bathing festival, which is celebrated on the Purnima (full moon day) as per Hindu calendar month of Jyeshtha. This is the day when people are allowed to have darshan of Lord Jagannath and his divine siblings at Snana Mandap at Shree Jagannath Temple.

After the Snana Jatra, the Deities are kept away from public view for fifteen days and during all these days the daily rites of the temple remain suspended.

As Jagannath himself instructed, after this ceremony, he is not seen for a fortnight. The Deities are kept in a special “sick room” called the Ratan Bedi inside the temple. This period is called ‘Anabasara kala’ meaning improper time for worship. It has been said earlier that the Deities are discoloured as a result of the sacred bath.

During these fifteen days the Daitas (descendants of Viswavasu, the Sabara) repaint and restore the Deities and Jagannath’s fine decorations. The period of colouring and decorating the Deities is divided into seven short periods, each of two days duration, and a short period of one day set apart to give finishing touches. Thus the period covers the whole fortnight. On the 16th day the Deities in their new forms after renovation become ready for the public view – darshan.

During ‘Anabasara’, the Daitas offer to the Deities only fruits and water mixed with cheese, and Dasa mula medicines to cure his fever.

In a devotional mood the devotees accept that due to all the bathing the Lord becomes transcendentally poorly, and therefore needs to take rest. Like human beings they are considered to have fallen ill and are treated by the Raj Vaidya or the King’s physician with specific medicines (Dasamulas). 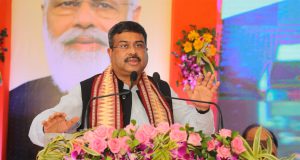