Bhubaneswar: All of a sudden Governing Biju Janata Dal lawmakers have become vociferous about ‘central neglect’. Treasury Bench members rushed to the well of the House and demonstrated near the statue of Mahatma Gandhi in the Odisha Legislative Assembly compound. Why this change in approach of the BJD, which was silent over price rise, inflation, neglect of the farmers’ issues, rise in fuel price for the last four years? It looks like BJD is revisiting its policy towards the NDA Government and trying to boost its regional character, which is its strength.

Ever since Naveen Patnaik came to politics and formed the regional political outfit – Biju Janata Dal (BJD), he has never encountered any problem in winning elections. He and his party continued to rule over Odisha for over two decades.

However, the on-going by-election in Padampur Assembly segment in Bargarh district, seems to be a tough job for the regional political party as it has turned out to be a “prestige” issue after its defeat in Dhamnagar by-poll. While BJD lost the Dhamnagar seat despite its all-out efforts, the Balasore Sadar by-poll in 2020 was an easy ride as it could successfully counter the sympathy wave.

Then, what is the difference between the by-polls in Balasore and Dhamnagar? Naveen said late Bishnu Charan Sethi was popular and therefore, his son Suraj won the by-poll. This particular statement of the BJD President may be for record’s sake, but the fact remains that the regional party lost to a national party. BJP had won 23 assembly seats and 8 Lok Sabha seats in the 2019 general elections. But, what is a matter of concern is that the BJP won the seat in Dhamnagar despite the best efforts of the BJD. BJP’s Suraj stopped the BJD’s winning spree, thus giving a clear message that the Naveen party can also be defeated if it lacks the regional identity.

The BJD, which is deeply rooted in Odisha winning five general elections since 2000, is different from other political parties as its rivals like BJP and Congress are national parties. Naveen, during his several election meetings, has appealed to the people to choose a local (regional) party rather than the national parties because they have a common agenda for the country while BJD is totally focused and committed to the interest of Odisha alone.

The regional party guaranteed the people to upkeep the state’s art, culture, heritage, language and all other aspects of life. Women back BJD as the Naveen government takes stringent actions against those involved in heinous crimes against women and children. However, the same commitment was not seen after the 2019 elections and BJD, according to public perceptions, became an unofficial ally of the Narendra Modi-led NDA government at the centre. Be it demonetization or amendment of the MMDR Act, Odisha’s BJD supports the Modi government and in the process has acquired the fame of being a “trusted friend” of the BJP-led government.

This is not all, of late after 2019 general elections, the BJD also stopped its “Central Negligence” cry and never hit the streets even as the Union Government failed to control price-rise. In the pre-2019 era, one saw BJD leaders Sanjay Das Burma and Ananta Narayan Jena protesting in streets of the capital city after the Centre raised paltry sums on petrol or cooking gas. These activities on the streets give a clear message to the people that the BJD as a regional party has been fighting for the common people and is worried over the price rise and unemployment. The regional party even remained silent when the centre decided to impose GST on “Chuda”, “Mudhi” and even raised the GST to 18 per cent on kendu leaf trade. Of late, Naveen ahead of the Padampur by-poll has written to the Centre to withdraw GST on kendu leaf on which about 8 lakh poor families depend.

While the party MLAs and MPs are clueless about the BJD’s “devoted support” (even offering a RS seat to BJP candidate) and refraining from the central bashing policy, many fear to raise the issue. An interesting episode of the BJD’s policy of not opposing the BJP government came to the fore when State Agriculture Minister, Ranendra Pratap Swain openly said at the Baramunda ground meeting that he has been restricted from speaking on the issue. The television channel showed the video-clip as to how a senior party functionary rushed to Swain at the dais while he attempted to speak against the Centre and its alleged negligence towards Odisha.

The change of stand by the BJD seems to be affecting its image as a regional party, which is the core strength of the party and basis to win the trust of the people. “What is left in BJD if it loses its regional identity and rubs shoulders with BJP leaders in Delhi? In the era of social media, it is difficult to hide reality from the people even living in remote corners of the state. People now realize everything and it is difficult to tell them that BJD has no such cordial relations with BJP,” a senior lawmaker said.

The senior BJD leaders who used to remain silent for long, realized that during the election campaigning in Dhamnagar, the BJD did not raise the issue of central negligence and also the price rise. Therefore, voters did not see any difference between the two rival parties and Suraj could win the election out of the BJD’s policy.

However, of late, the BJD in its Legislature Party meeting on November 24, has resolved to raise the issue of central negligence in the Assembly. However, the decision was mostly to counter the opposition Congress and BJP which has announced to corner the governing party in the House over the woman blackmailer’s sextortion racket, farmers’ plights and others.

Though the BJD, may be due to political compulsion and to counter the opposition, has decided to raise central negligence issues, was yet to keep it in its agenda in the on-going Padampur by-poll campaign. The senior party leaders, who contributed to formation of BJD as a regional party, however, privately opined that the people must be convinced that the Naveen’s party is different from national parties and is committed to the interest of Odisha alone. 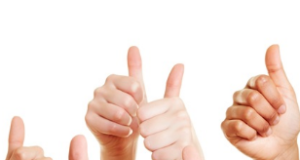 Braja Mishra - January 22, 2022 0
Bhubaneswar: Political observers see a new trend that has emerged this time during the ongoing three-tier panchayat elections in Odisha. Instead of...