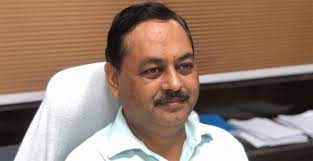 The refund has been claimed under inverted duty structure. It is claimed that huge amounts of ITC have remained unutilized as the main raw material i.e cement is taxable @28% whereas the finished product i.e fly ash bricks is taxable @12%, a GST official said.

But, during verification, it was revealed that the taxpayer has shown fictitious purchases of cement from places like Keonjhar, Titrtol, Panikoili, Jagatsinghpur, Sukinda despite the fact that the manufacturing unit is located at Cuttack. No proportionate quantities of bricks were also found to be manufactured in proportion to the consumption of cement, the official said.

During the raid, large numbers of incriminating documents, bill books of 6 different firms were seized for further investigation. It is suspected that the mastermind has arranged fake purchase invoices without receipt of cement and utilized the ITC to discharge tax & claimed refund of balance ITC. He has not utilized any e-waybill for purchase of the goods, they said.

Stating the investigation is in progress, the State GST officials said the details in this regard can be ascertained after completion of investigation. The Commissionerate headed by senior IAS officer SK Lohani is taking steps to identify similar other cases of claiming of erroneous refund.

Tathya Correspondent - January 9, 2021 0
Bhubaneswar : The State Government is all set to make all financial transactions paperless in a phased manner. It...