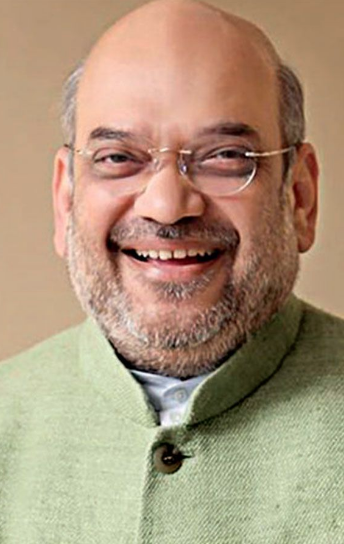 So preparations are in full swing in Odisha to welcome Shri Shah who will reach Bhubaneswar on Sunday evening.

The twin cities of Bhubaneswar and Cuttack are bedecked with posters, banners and placards of Super Strong Man of BJP, who will visit the state for the first time after becoming the Minister Home Affairs.

Shri Shah’s programs will start with a visit to the Lord Lingaraj Temple in Bhubaneswar on the last Monday of ‘Shravana’. He will then go to Cuttack to visit Netaji Subhas Chandra Bose’s birthplace in Odia bazaar.

A Grand Road Show is organized to give him an astounding welcome from Odia Bazar to the Indoor Stadium where he will attend the 75th anniversary of Odia daily ‘The Prajatantra’, founded by former Chief Minister Harekrushna Mahatab.

The vernacular daily’s anniversary program will also be attended by Chief Minister Naveen Patnaik, and BJD workers have also planned to give him a huge reception when he reaches the area.

Mr.Shah will then return from Cuttack to hold a meeting of the State BJP’s core committee at its Headquarters, said Sameer Mohanty, President State BJP.

Later, he will launch the Odisha edition of ‘Modi@20: Dreams Meet Delivery’, a book on Prime Minister Narendra Modi’s completion of 20 years in office — from becoming the Chief Minister of Gujarat in 2001.Shri Shah will leave Odisha on Monday evening.

“There is a lot of enthusiasm among the party workers in the state,” State BJP President Sameer Mohanty said, adding that Shri Shah will be welcomed by party workers at different places when he travels from Bhubaneswar to Cuttack on Monday.

Several cultural troops have been hired to perform for welcoming Shri Shah, who is credited with the BJP’s growth in Odisha.

Shri Shah had last visited the state during the 2019 elections when he addressed a public meeting in Bhubaneswar.

The Governing BJD of the state and opposition Congress are also keeping a close watch on Shri Shah’s visit, which comes amid actions by CBI and ED in the state.

The ED has so far attached properties of three former BJD leaders in chit fund cases, while CBI arrested some people in connection with the Paradip Port irregularities.

He, however, said that it has nothing to do with the Congress because it does not have “traders” as leaders.

Senior BJD MLA Sasibhusan Behera said Shri Shah’s visit will have no impact on his party.

“His visit may encourage the BJP workers, but that does not mean that the BJD will get panicked,” he said.

With an eye on 2024, when the Odisha Legislative Assembly will go to the polls along with the Lok Sabha, BJP has appointed a new leader of opposition in the state, Jaynarayan Mishra, who has declared that his party is working for a “BJD-Mukt Odisha”.

Now all eyes are pinned on Shri Shah and his Mantra for both Members of Parliament and Members of State Legislative Assembly, when he meets them in separate groups, pointed out a political analyst. 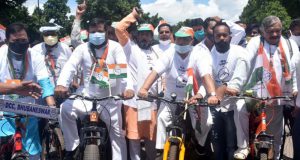