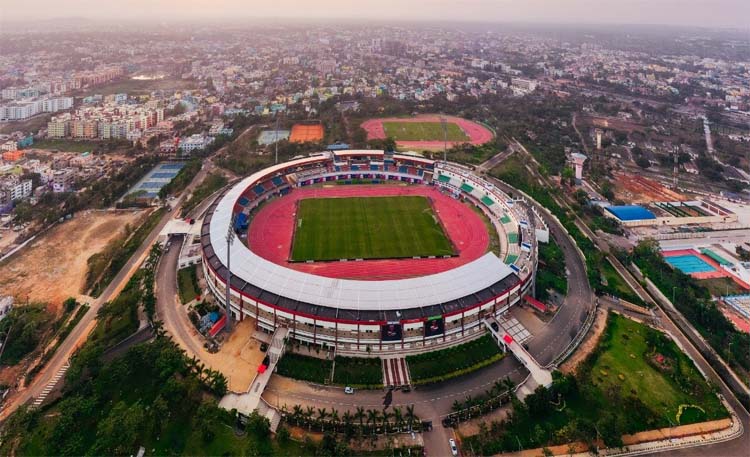 FIFA and the Local Organising Committee (LOC) of the FIFA U-17 Women’s World Cup India 2022 have officially announced the schedule for the biennial youth tournament on Wednesday.

Meanwhile, Goa will play home to both semi-final matches and the final of India’s first-ever FIFA women’s tournament will be played at Navi Mumbai on October 30, 2022.

Speaking about the forthcoming landmark moment, Chief Minister Naveen Patnaik said, “Extremely happy and excited to learn that Kalinga Stadium in Bhubaneswar will be hosting group matches of India in the upcoming FIFA U-17 Women’s World Cup India 2022.”

The leading sports destination is ready to provide the grandeur the home team needs for this grand tournament, he said.

This is a major feather in the cap for Odisha after having previously hosted the men’s hockey World Cups at both, senior and junior levels. The State has also hosted major domestic football tournaments like the ISL, I-League, Indian Super Cup and the Indian Women’s League.

LOC Project Directors, Ankush Arora and Nandini Arora, expressed their sentiments in a joint statement saying, “We are extremely grateful to FIFA, our host states and all other stakeholders for their continued support in the aligned vision of uplifting women’s football.

“The launch of the schedule is a significant moment on the road to the historic tournament. The preparations for hosting India’s second FIFA competition are progressing as per timelines and we remain confident of delivering a highly successful tournament, one which will provide a platform for future stars of women’s football to shine,” they said.

The schedule further revealed that the 24 group stage games will conclude on October 18 and the matches will be shared among all three host States – Odisha, Goa and Maharashtra.

Four days later, a third-place match will serve as the precursor to the final at the DY Patil Stadium which will kick off at 8 PM.

On the back of the successful FIFA U-17 World Cup 2017, which broke the record for being FIFA’s most attended youth World Cup ever, India 2022 is carrying on the positive legacy.

This youth tournament has touched the lives of 2500 children through its Kick Off the Dream Football Carnivals, two editions of which have been held in Odisha.

Promoting women in leadership, the LOC has also equipped the Indian footballing ecosystem with 162 female coaches in the grassroots through its legacy initiative, the Coach Education Scholarship Programme. Further editions of both, the coaching programme and the football carnival, are planned in the lead up to the October 11 kick off.