Bhubaneswar: It’s been a week since .FEST started in Bhubaneswar but its enthusiasm in people continues to grow. The same was true for Day 7, which saw over twenty thousand citizens and visitors turn up for various programs as bollywood music director and composer, Amit Trivedi lights up Bhubaneswar with a night full of romantic songs. Highlights of the day also included musical performances by Odia heartthrob Swayam Padhi.

Litti Chokha, Dal Bhati and Kolkata Style Gup-Chup won the hearts of foodies as it was widely bought by the visitors. The Night Bazaar/Flea Market gave local artists, start-ups, performers, craftsmen, and innovators an excellent stage on which to display their products. Visitors will get to witness the regional dance forms of Odisha like Dhuduki, Dhap and Jodisankha as performers take over the 3 stages at Night Flea Market. Some of the stalls that witnessed overwhelming response from the visitors are, Simple Crazies, Urbanomad, Punjab Jutti Store, Tanveer from Himachal, Traditional Aura-Varanasi, Red Ochre. The Flea Market, which was founded with the intention of displaying the handicrafts and textiles of Odisha, proved to be a wonderful crowd-puller and a shopping experience for visitors with more than 120 locally made goods on display.

Heading into its second week, .FEST is expected to become bigger and better in the coming days. Day 8 i.e. 22nd January will host the theme ‘Suhana Safar’, with classical and legendary musicians namely Unit Narayan, Alka Yagini and Satyajeet Jena taking the stage for their solo performances. 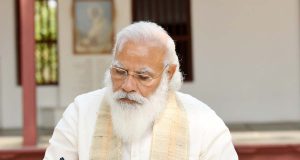