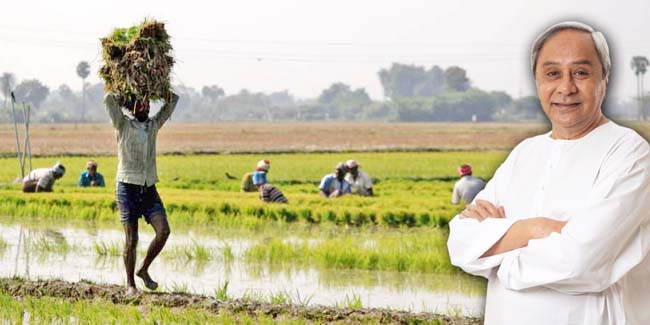 Bhubaneswar : The Odisha Cabinet chaired by Chief Minister Naveen Patnaik took a stand on MSP, is acceptable to farmers, needs acceptance by the Union Government. As Naveen advocated for fixation of Minimum Support Price (MSP) on crops of different categories, naysayers questioned the issue. The BJD President has categorically urged that the Centre must implement the MS Swaminathan Commission recommendation in this regard. The Commission said that the farmers should get a better MSP.The anger among the farmers is more palpable because the central legislations do not mention the word MSP in it. In order to win the confidence of the farmers, Prime Minister Narendra Modi should accept the demand of Naveen and include it in the Farm Law.

Should the farmers of India and Odisha be left at the mercy of their fate and continue to remain neglected as they have for decades? The farmers now live the life of miseries and their children are not interested to take up farming as a profession. People prefer to work as menial workers in small factories rather than for cultivating their own land. Why? Though the nation has reached a certain level in terms of industrialization, finance, marketing, manufacturing and other sectors, the farming continues to remain where it was long ago.

Now Prime Minister Narendra Modi’s reform process in the agriculture sector has stirred up the hornet’s nest. The farmers across the country are up in arms against the three recent legislations framed by the Union Government. The farmers have reasons to protest, as the government did not take the stakeholders into consideration before introducing the changes. In a nutshell, the government forgot to win the hearts of the farmers for whom the reforms are being made. The farmers are angry because their perception of the proposed reforms as anti-farmer. The Union Government’s new legislation may be good for the farmers in the long run, but the stakeholders’ first need to be convinced that the Union Government is working in their interest.

When Narendra Modi came to the power for the second time in 2019, he added “Viswas” to his 2014 slogan of “Sab ka Saath, Sab ka Vikas”. Modi has no doubt got the “Sab ka Saath” for ‘Vikas’ (development), but has failed to win “Viswas” of farmers which has led to the nationwide protest. This is not all; the on-going farmers’ agitation has been fuelled by a leader who openly declared that anti-social elements are agitating under the garb of farmers. A majority of BJP leaders also blamed the opposition Congress and Left parties for the large-scale farmers’ agitation. People at the helm must realize that the agitation of such fervour could not be possible unless it had active support of the farming community.
This apart, the BJP government must erase its “corporate friendly” image and win the hearts of farmers. Though the BJP has alone won above 300 Lok Sabha seats in 2019 elections, it is branded as a friendly dispensation for industrial houses and corporates. This impression, in fact, gave rise to suspicion about BJP leaders in the minds of the farmers and their refusal to accept the new legislation.

The situation has now been further aggravated. The farmers are not in a mood to listen to a word from the Union Ministers and are now urging for a special session of the Parliament and open deliberations on the issue.

Though Naveen’s BJD did not openly support the Bharat Bandh call given by farmers and supported by Congress, Left parties and other non-BJP parties, Odisha’s regional party made its stand very clear. The party has been advocating for enhanced MSP which will directly benefit farmers immediately. BJD leader and MLA Sashi Bhusan Behera meanwhile made the party’s position clearer. The regional party has provided moral support to the farmers by supporting their MSP demand, Behera said.

This apart, Odisha’s Agriculture Policy, 2020, named “SAMRUDHI” clearly indicated that the State Government was serious on the development of the farmers and farming community as a whole. The crux of SAMRUDHI is to give the farming sector a new status and make agriculture as a means of self-employment, to generate adequate employment opportunities, to take the knowledge of modern farming available to the doorstep of farmers, to reorient agriculture towards exports.

The ensuing reforms by the Odisha Government focus on horticulture crops including dry land horticulture, facilitating increased long-term investment in agriculture, both by private and public sectors, marketing, agro processing and value addition. In its bid to exert pressure on the Union Government, State Cabinet has recently resolved to move the centre for proper implementation of the Swaminathan Committee recommendations in letter and spirit.

Odisha Assembly had passed resolutions demanding implementation of the Swaminathan Committee recommendations in 2017 and 2018.   Now under the changed circumstances, the efforts should be made to take agriculture to the next level like other sectors likeindustries, trade, commerce and manufacturing. While Odisha has received Krishi Karman Award several times, and doubling farmers’ income has been achieved in fisheries sector, more is needed. The farmers should not all along depend on the government doles. There should be no KALIA, no PM-KISSAN for the farmers. The government should compensate farmers only during calamities and on a yearly basis. For this, the farming sector should be made sustainable so that the farmers can live the life of pride without depending on others’ mercy.

The farmers of the country should be made at par with the cultivators in the US or Europe. And to bring such changes, reforms are essential because one cannot change one’s fate unless the system undergoes reforms. However, there should be more discussions and deliberations on the issues and first and foremost duty of the Government is to eradicate the “fear factor” among the farmers and assure them that it will not harm, but will boost their level in future. They sincerely need assurance and their hurt feelings need to be assuaged, for which Prime Minister Narendra Modi will have to take a call. 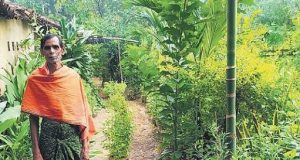