Bhubaneswar: Due to all-out efforts made by the State Government and NABARD, the annual income of farmers of seven piloted villages have been enhanced by 73.10 per cent in five years.

The project has covered around 1439 beneficiaries under various farm and non-farm interventions. The base year average income of the farmers was Rs 41,145 which has now been enhanced to Rs. 71,238 (73.10% income enhancement).

This was known from the recently held State Level Bankers’ Committee (SLBC) meeting.

The officials also said that the strategy to double the farmer’s income include measures to minimize the cost of production, address stagnation in farm yield through scientific and appropriate cropping practices, reduction in risk, uncertainty and vulnerability of farmers, addressing concerns of market volatility and ensuring better price to farmers.

Despite natural calamity and Covid-19 pandemic, the achievement is impressive. However, successful pilots / interventions of line departments and the standardized integrated farming models in the districts need to be supported and financed under the district credit plans, they said.

The State Government is giving much more emphasis for doubling the farmers income. That is why the Government is demanding implementation of recommendations of MS Swaminathan Commission report and enhancement of MSP of paddy to Rs 2930 per quintal.

Recently, the State Cabinet has approved the Crop Diversification Programme of the Department of Agriculture & Farmers’ Empowerment. It will be implemented in all the 30 districts of the State with an estimated budget of Rs 929.55 crore for three years (2022-23 to 2024-25). 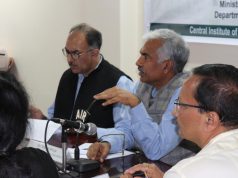 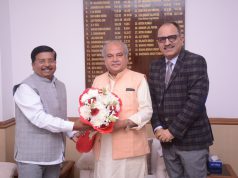