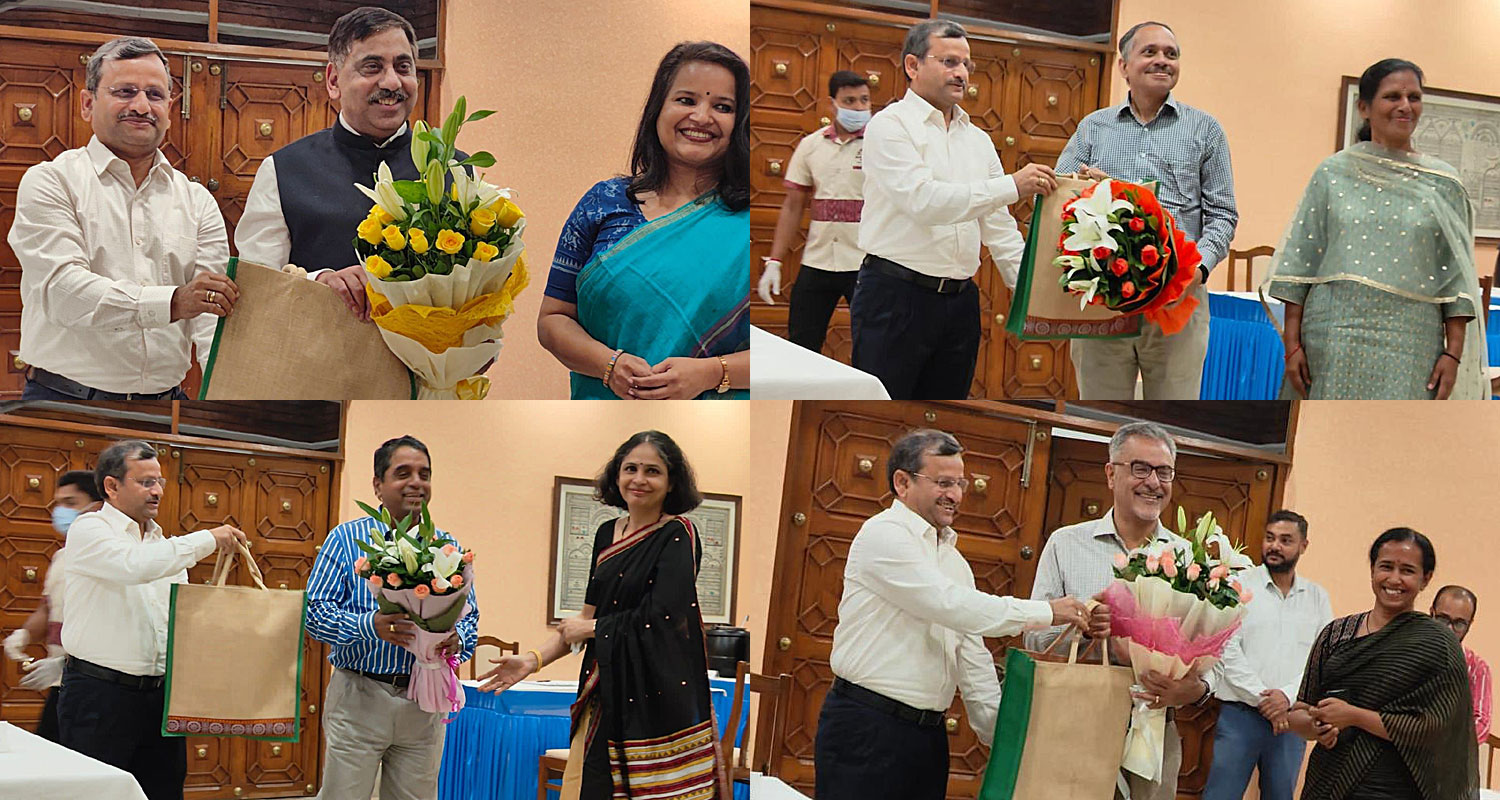 Four IAS Officers were given farewell, while three are superannuating on 31 October and another leaving the state to join Government of India. All the four Veteran Members of IAS Association are admired and respected by the serving Mandarins.

Mr.Dev outlined the detailed about the four IAS Veterans, who has served the State with all sincerity and genuine approach.

Chief Secretary Mr.Mahapatra appreciated the efforts of these senior Mandarins and gave out personal experience with these serving Mandarins and congratulated them for a new innings in life and wished them a healthy life.

Satyabrata Sahu, ACS Revenue & Disaster Management spoke at length about his warm and vibrant association with these Mandarins.

Mr.Sahu fondly remembered his early days in service, while working with these Veteran IAS Officers.

Anu Garg, ACS, Water Resources also presented her heartfelt thanks for these Top Mandarins and wished them good luck.

Deo Ranjan Kumar Singh, Principal Secretary Steel & Mines charged the atmosphere with shayari and everyone enjoyed his approach to lead a happy life, while facing ups and downs during the service.

Mr.Singh was seen lauding the approach of these Top Bureaucrats, who are egoless and having caring approach for others.

The Meeting appreciated these Top Mandarins for their Team Spirit and love for the State, which Cadre they belong and served over three decades.

All the Foursome Mandarins shared their experiences of administration and advised young officers to function dedicatedly in carrying forward their responsibilities.