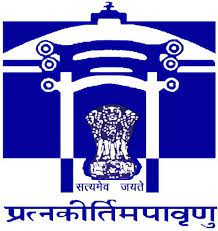 Puri: Archeological Survey of India (ASI) on 17 May revealed that a lion sculpture traced during excavation for the Heritage Corridor Project in Puri, could dates back to Ganga Dynasty.

ASI’s Bhubaneswar Circle Superintending Archaeologist Arun Kumar Mallick, who along with a team of experts, rushed to Puri for inspection of the damaged lion sculpture recovered during exaction of the heritage corridor project on Monday.

The state government was implanting the project which has further intensified into a major controversy after the ASI informed the Orissa High Court that the work carried out near the 12th century shrine in Puri did not have proper permission from the competent authority.

The sculpture was found on the premises of the Emar Mutt, about 75 meters from the 12th-century Shree Jagannath Temple. A part of the sculpture was damaged during the mindless digging work, locals have alleged.

The ASI team led by Mr.Mallick analyzed the architect, species of the rock and the quality of artifacts from different angles, saying that the lion sculpture could be dating back to the Ganga Dynasty period.

“The ancient lion sculpture could be dating back to the time of the Ganga dynasty era. However, there can be more clarity on its history only after it is tested in the archaeological laboratory,” Mr.Mallick told Media.

This is the third such lion sculpture found during excavation works in the 75-metre periphery area of the Jagannath temple for the Puri Heritage Corridor Project.  The ASI had already mentioned about recovery of two more such sculptures from the site and submitted pictures of those in its affidavit to the Orissa High Court on 9 May.

The ASI, through its affidavit, had earlier informed the high court that no heritage impact assessment studies were conducted before the commencement of the project.

“At several locations stratified deposits of about 15 to 20 ft have taken place, which has caused irreparable damage to the heritage site,” the ASI had said.

Following the unearthing of the sculpture, locals demanded a ground-penetrating radar survey (GPRS) before the digging work is continued at the periphery of Shree Jagannath Temple. 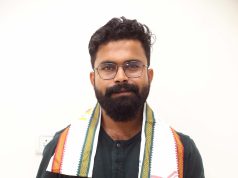 Tathya Correspondent - November 9, 2021 0
Cuttack: Like previous year, the historic Balijatra in Millennium city Cuttack will not be held this year too due to Covid-19 pandemic....