Bhubaneswar: As opposition BJP and Congress train their guns at Chief Minister Naveen Patnaik for not sacking the Minister of State for Home, DS Mishra in the kidnap and murder of a lady teacher incident in Kalahandi, the regional party Saturday asked the political opponents to refrain from targeting the BJD president who has proved several times in the past that he is beyond reproach in such matters.

This was stated by BJD spokesperson and MLA PK Deb while replying to a question in a press meet here. “The chief minister has always taken immediate action and dropped ministers and leaders against whom allegations were leveled. He has done it in the past and would not hesitate to take similar   action in the future. The Chief Minister does not tolerate any indiscipline,” Deb said.

“Everybody in Odisha knows the Chief Minister’s stand on such matters. He has been very clear about it and passed similar tests successfully several times in the last 20 years. This time also, he will come out with flying colours,” said the senior BJD lawmaker.

The Opposition BJP and Congress further    intensified their stir and targeted Patnaik as the chief minister remained silent for more than three weeks on the lady teacher murder case. He has neither opened his mouth in the matter as the state’s Home Minister, nor taken any visible action against the Minister Mishra, who has been accused of patronising the prime accused in the murder cases. Mr.Patnaik too remained unmoved even as video clippings showed Mr.Mishra and another minister praising the prime accused and statewide uproar over the matter.

The members of BJP’s Mahila Morcha have also burnt effigies of the Chief Minister along with the  MOS, Home at several places while picketing to mount pressure on him to sack the minister.

However, BJP’s Bhubaneswar MP Aparajita  Sarangi was too critical of the Chief Minister and held him responsible for the growing atrocities against women and girls across the state while citing the lady teacher’s kidnap and murder incident in Kalahandi as an instance. “It is the responsibility of the Chief Minister to ensure safety of the women and girls in the state as people voted for him and not for DS Mishra. He (CM) should lead the state from the front and come out to the public and assure all the women that they are safe,” Ms.Sarangi said.

On their return from Bolangir, the BJP central team led by party’s Mahila Morcha National  President Vanathi Srinivasan and comprising MP from Haryana Sunita Duggal and West Bengal MLA Sreerupa Mitra Chaudhury, in a press meet said: “We were also informed that the key accused in the murder case, had visited Chief Minister Naveen Patnaik’s residence many a times with the Minister  of State for Home.”

While justifying her party’s demand for removal of the minister and a CBI probe into the matter, Shrinivasan said: “Everybody in Junagarh, the Assembly constituency represented by DS Mishra, knows that the key accused is known to be a close aide of the Minister who himself had visited the school many times. The constituency where the crime took place is represented by the MoS (Home). The accused is known as the Minister’s representative in the area. Not just political parties, even locals are of the opinion that there is a powerful person behind this case.”

Referring to the Minister’s Friday statement where he pleaded innocence and vowed in the name of Goddess Manikeswari, Srinivasan said: “We too urged him by the name of Maa Manikeswari and Lord Jagannath to step down from his position on moral grounds till he is proved innocent.”

In a separate press conference, OPCC media cell chairman Ganeswar Behera said that the minister in his statement has not rejected the allegations made against him. He has just said that he would take ‘sanyas’ from politics if proved guilty, Behera said adding that as per law of the land, the accused should prove himself innocent in the court of law.

“I will not only resign from my position, but will also retire from public life but do not indulge in smear campaigns with personal political agenda,” the Minister had said on Friday.

Behera also alleged Mishra of attempting to  throttle the voice of press and opposition by filing defamation cases against some media houses.

BJP spokesman Golak Mohapatra said that Mishra in his statement has taken the name of Indian Air Force several times. “Had he been a brave soldier, he should have come up and resigned on moral ground.”

Meanwhile, the BJP organized a 12-hour  bandh demanding arrest and resignation of the Minister in five districts where normal life was severely affected on Saturday. The bandh was organized from 6 am to 6 pm in Balasore, Deogarh, Boudh, Kendrapara and Jagatsinghpur districts and 6-hour bandh in Bhadrak to press its demand.

The vehicular movement came to a standstill in the five districts and activists staged road blocks by squatting on the road and burning tyres. The trains also stopped running for some time at railway stations in Balasore and Bhadrak districts.

The deceased lady teacher hailing from Bolangir district and working at a private school at Mahaling in Kalahandi district, went missing on October 8 and her burnt, decomposed body was exhumed from 10 feet deep in the playground of the campus on October 19. The police have so far arrested two persons including the prime accused, who is the president of the private school’s managing committee.

The Prime accused escaped from the police custody on October 17 night and rearrested from a sugar cane field on October 19. Both the accused are now lodged in jail. 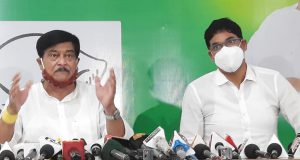