Bhubaneswar: In an aim to check road accident cases on Rameswar to Panikoili NH stretch, the State Government has been executing an Intelligent Traffic Management System (ITMS) named as Deesha.

The ITMS is being implemented on the 140 kms stretch of NH from Rameswar to Panikoili. The Finance Department has allocated Rs 175 crore for expansion of this scheme to other stretches. It was discussed during the State Road Safety Council Meeting.

Bishnupada Sethi, Principal Secretary Commerce & Transport had detailed discussion on the issue and it was decided at the meeting to request the Finance Department to allocate funds every year for implementation of ITMS in all the vulnerable road stretches and near all the Black Spots.

Highway Patrol has already been rolled out in all the 36 mini stretches of the State. While reviewing performance of the Highway Patrol (January to June, 2022), it was observed that, on an average, 57 cases of traffic rule violations have been detected by each Patrol Team in a month.

On an average only two cases of traffic rule violations have been detected in a day by each team, although all these 36 mini stretches are highly vulnerable. The Police department has been asked to ensure improvement in the enforcement activities.

On the proposal of the Commissioner of Police, it was decided for relocation of one or two highway patrol vehicles to the stretch from Manguli to Malipada.

Commercial clusters or amenities like Dhabas, shops etc will be relocated on the back side on NH with approach roads, so that unplanned growth on NH can be stopped, sources said here on Monday.

In this context, it was decided to examine shifting of the godowns from cities to outside cities in the long run so that the issue of congestion in cities can be minimized. Food Supplies and Consumer Welfare and Housing & Urban Development Departments have been requested to take action in this regard.

It was known from the meeting that though 5,21,449 numbers of traffic violations were detected by the police during January to June, 2022, only 23,294 DLs were forwarded to RTOs for suspension which is only 4.46% of the cases detected. Additional DG, Crime Branch has been asked to ensure that, DL of all the offenders as per the provisions are suspended.

During the same period, though RTOs have issued 1,29,794 e-challans for various road safety violations only 24,692 DLs of the offending drivers have been suspended, which is only 19.02% of the cases detected. The Council emphasized for improvement in the cases.

During the winter season, the number of accidents are very high during night hours due to dense fog. To avoid such type of accidents, stringent action will be taken against the owner of the vehicles not putting backlight and reflective tapes, the sources said.

This drive will commence from the month of October. The State Truck and Bus Owners Associations have been directed to persuade the vehicle owners to put backlight and reflective stickers and not to park on the road.

As medians are not being properly painted by the road owning authorities, fatal accidents are occurring. In the recent past in the Commissionerate Police area some young drivers have died dashing on medians. 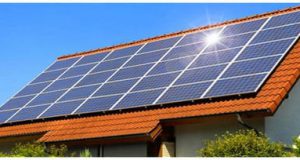 Tathya Correspondent - October 21, 2022 0
Jajpur: The Regional Transport Office (RTO) in Jajpur is the first RTO in Odisha to power its electricity requirements from solar energy.