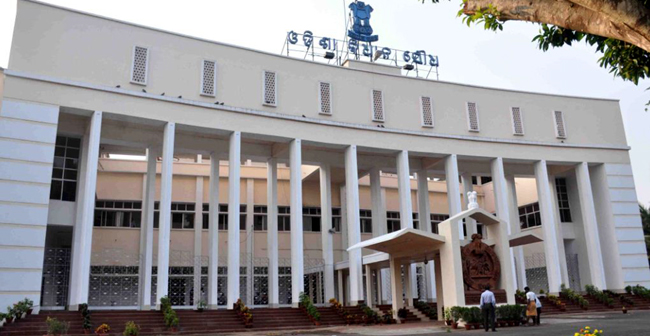 Bhubaneswar: While Opposition Bharatiya Janata Party (BJP) has alleged of a ‘Secret Deal’ between Congress and Biju Janata Dal(BJD) on the other hand Congress charged BJP as having ‘Deal’ with Treasury Bench.

With Odisha Legislative Assembly faced pandemonium during the day due to ruckus by Congress Lawmakers over its support to the India Shut Down on Friday organized by the farmers, Opposition BJP sniffed a ‘Secret Deal’ with Treasury Bench by Congress.

Leader of Opposition Pradipta Kumar Naik outside the Assembly alleged that the Congress’s ruckus in the Assembly was backed by the Governing BJD in order to avoid the debate on the law and order situation during the Home Department demand discussion.

However, Congress Chief Whip Taraprasad Bahinipati rejected the BJP’s allegation and instead accused the BJP of having a deal with the BJD.

“BJP and BJD are Bhai-Bhai. We have been saying it since long. Therefore, the BJD supported the three controversial farm bills in one house of the parliament and opposed them in another house. Why did the BJD support the farm bills if they do not have understanding,” he asked.

Mr.Naik said that there was no sufficient reason to adjourn the House several times due to the pandemonium over the farmers bodies Bharat Bandh. The House was first adjourned till 11.30 am and later till 4 pm and subsequently several times till Saturday in the post lunch session.

As soon as the House assembled for the Question Hour at 10.30 am, the Congress members led by party whip Taraprasad Bahinipati trooped into the Well of the House and shouted slogans opposing the farm laws and demanded their withdrawal.

They blamed the BJP for passage of the three farm bills which has hurt the farmers across the nation. Therefore, the farmers are on agitations. Congress supports the farmers’ agitation and therefore the 12-hour bandh called by them, Mr.Bahinipati said.

BJP Chief Whip Mohan Majhi alleged that the State Government kept the proceedings adjourned with the support of the Congress in order to avoid discussion on the law and order situation in the state.

The Leader of Opposition further said that the party was ready for discussion over the law and order situation in the state as the crime against women has alarmingly increased in Odisha during the pandemic period of 2020.

This apart, Mr.Naik said that the number of murder, loot, dacoity and other crimes have increased manifold clearly establishing the fact that  “all is not well” in the law and order front in the state. “As the House remained adjourned, we could not take up the matter,” pointed out LoP.

The BJP leader said that Chief Minister Naveen Patnaik, who is also in-charge of the Home department, was supposed to reply the debate on the Home department demand. “The ruling party in connivance with the Congress ensured that the worsening law and order situation is not discussed in the Assembly,” Mr.Naik alleged.

Senior BJD leader and Government Chief Whip Pramila Mallick, on her part defended the ruling party and accused both the Congress and BJP of having secret understanding in elections also.

“All the Congress votes are being transferred to BJP in a tactical manner which is part of the understanding between them. We in the BJD have no relations or any kind of understanding either with the BJP or the Congress,” Ms.Mallick said.

Tathya Correspondent - October 31, 2022 0
Bhubaneswar: Ahead of the Dhamnagar bypoll, the Governing Biju Janata Dal (BJD) and Opposition BJP on Monday held demonstrations in the capital...