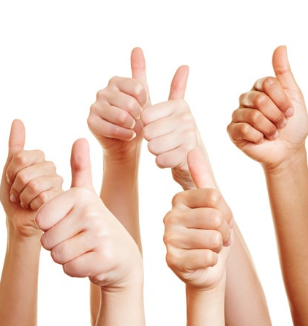 Bhubaneswar: Political observers see a new trend that has emerged this time during the ongoing three-tier panchayat elections in Odisha. Instead of multi-corner fights in elections, the parties, leaders and village heads are coming together to field ‘consensus’ candidates for some reason or the other. Though, the reasons behind the groups advocating for consensus candidates, appeared justified, it created a new trend in the election process. Two such incidents have come to the fore from Bolangir and Koraput districts. Community development is cited as the reason behind the consensus candidates, although it denies many aspirants the right to participate.

The news received from Bileisarada gram panchayat in Bolangir district, was in fact too disturbing when one Susant Chhatria claimed that the village heads hold an “auction” for the Sarpanch post. He won the bidding for Rs 44,000. The village heads justified the auction saying that the money to be received from auction would be spent for the development of the village temple.

When the report reached the State Election Commission (SEC), Odisha, its chief AP Padhi was prompt to issue a directive to the Bolangir district Collector to ensure that no willing candidate is obstructed from filing the nomination. Padhi’s orders were carried out and four candidates have filed papers for the so called “auctioned” sarpanch posts.

Now, the question arises whether it is legal to auction a sarpanch post, which is created under the provision of the Constitution? Do the village heads have rights to allow for raising funds for the development of any institutions, maybe a temple in the village? The village heads and the winner of the bidding have also dared to openly speak on camera about their actions and no action has so far been taken against the persons involved in attempting to auction the sarpanch post. The District Administration has not taken any action so far.

Do the village heads have the authority to go for such a brazen mode of auction of the post? If the District Administration remains silent, it will give a wrong message to the society. The persons involved in the auction may be issued at least a warning for attempting to dilute the democratic practice. Tomorrow, some goons of an area may force the people not to file nominations and field their candidates in elections and win the polls. They may also cite some reason to justify their action. It must be kept in mind that there is every chance of misuse of the election process if the persons involved in the auction are allowed to go scot free.

In another instance, Odisha’s three major political parties, the ruling BJD, opposition BJP and Congress decided to field consensus candidates for the panchayat elections in Kotia cluster of villages. The intention of the parties was clear that this strategy would prevent neighbouring Andhra Pradesh from meddling in the election process in the area. The southern state has already held its panchayat polls last year in the Kotia area on which it claimed to have ownership. Both the states are at loggerheads in a border issue over the Kotia region. Of the 28 villages under Kotia GP, 21 are disputed. Andhra Pradesh claims that the 21 villages were under their jurisdiction while Odisha also makes a similar claim and tries its best to protect its land.

The border dispute over the Kotia area had been sub-judice in the Supreme Court since 1968. In 2006, the apex court held that inter-state boundaries did not fall within its jurisdiction and only the Parliament could resolve them, as it imposed a permanent injunction on the disputed area. In August last year, the Odisha government deployed police and also erected barricades in Kotia after the Andhra Pradesh administration attempted to launch several schemes in the area. There have been several flare ups last year over the ownership of 21 villages under Kotia gram panchayat.

The intention of the parties is good, but the manner in which it is adopted appears contrary to the ‘free and fair’ electoral practice. If the consensus candidates are fielded, one candidate will get a chance for one post. Then what about other aspirants?  It may also be a fact that an aspirant may be popular and not in the good book of three-four local leaders. In such cases, the popular candidate, having the spirit to work for the people, will be defeated. There is also no such provision in the law where the parties will forcefully fix consensus candidates in elections.

It is a known fact that in cases, a political party fields a candidate and others support it. But, the parties have no such freedom under the provision of the Constitution to deny the rights to others to contest the elections. The consensus candidate may win the polls as he/she is supported by major parties. But, others should not be denied the opportunity given by the Constitution of India.

It is, in fact, a positive development that the political parties have closed their ranks for a cause like the Kotia issue for the first time.  It is also good to jointly oppose the designs of Andhra Pradesh which has set eyes on the areas of Odisha. But, the idea of a consensus candidate may not fit the decades old democratic system as well as the election process prevalent in the country and also in the state.

Therefore, the parties, which run the government and those who represent people in the Assembly, should do some ‘brainstorming’ and evolve a better strategy to counter Andhra Pradesh’s designs. Apart from taking the shelter of the law as it has been done over five decades ago, the leaders should also find alternative avenues to tackle the land grabbing menace. The Chief Ministers of both the states have so far sat for discussion and mechanisms are being evolved through the dialogues between the respective Chief Secretaries. All parties should not utilize this platform to teach a lesson to Andhra Pradesh and protect the Kotia area from it. We must do something to resolve the issue while remaining within the ambit of the Constitutional provisions. The idea of filing consensus candidates to resolve the contentious issue may not solve the nagging problem.

Braja Mishra - October 23, 2021 0
Bhubaneswar: Congress in Odisha has witnessed a former Chief Minister, a Leader of Opposition, one Working President quitting the party as the...