Bhubaneswar: In another significant step towards development of world class academic research expertise and mining and metallurgy skill in State, the State Government has initiated steps for developing the Government college of Engineering, Keonjhar to a Centre of Excellence in Research of Earth Science and Technology.

This was discussed in a high level meeting held here on digital mode under the Chairmanship of Chief Secretary Suresh Chandra Mahapatra on Thursday.

Considering the State’s potential as a mineral hub of India, the Chief Secretary issued directions to develop the college to an institute of international eminence along the lines of IIT (ISM) Dhanbad.

He directed to “create the high class research and academic-eco-system with smart human resource strategies for attracting the talents from different parts of the globe, especially the Odia talents who have achieved high acclaim in the fields of mining, engineering and geo-physics in different countries.”

Mahapatra also directed the department to formulate the detail proposal for necessary approval of the Government.

He also directed the department to create a strong corpus fund for the institute to back the innovative research and development activities.

It was decided that the institute would have advanced divisions in rock mechanics, rock excavation, mineral processing, extractive metallurgy, material testing, characterization, geology, environmental engineering, mining planning and design and the like.

It would have all the similar research facilities as ISM Dhanbad.

Mahapatra directed to prepare the detail proposal with architectural design of the CoE building, required equipment and instruments, demonstration for faculty members, students, mining executives and industries. Principal Secretary Sharma said that the entire ground level work from construction of the building to installation and testing of the equipments could be completed in a period of thirty six months from the date of ground breaking.

The approximate budget requirement was estimated around Rs.42.50 crore.

Sharma further appraised that the Government College of Engineering (GEC), Keonjar has all potential to be upgraded to an institute of national importance with quality enhancement in academics, research and industry-institute interface.

The college has a permanent campus over 37 acres of land and is now providing consultancy support to the mineral based industries even with its limited resources, he said.

“With up-gradation the institute would be able to provide all services to the mining industries in Odisha,” he said. 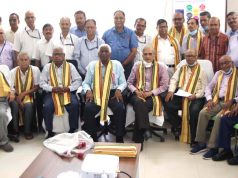 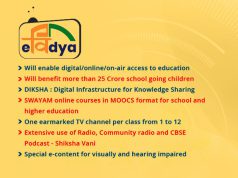 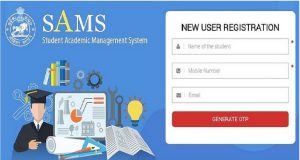 Tathya Correspondent - August 17, 2021 0
Bhubaneswar: The admission process for online admission into the various degree courses in all colleges of the State to start from August...