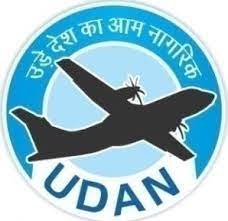 New Delhi: The Government of India has made expenditure of Rs 255.71 crore for the revival and development of the Regional Connectivity Scheme (RCS) airports in the State of Odisha under Revival/upgradation of airports/heliports/water aerodromes scheme till December 2021.

Mr.Singh said the Selected Airline Operator (SAO)s under UDAN are obligated to commence Regional Connectivity Scheme (RCS) flight operations on a RCS route within a period of six months from the issuance of Letter of Award or within two months from the readiness of airport, whichever is later, unless any extension is granted by the implementing agency.

However, no valid bid has been received for operations of UDAN flights from these airports, till completion of the 4.1 round of bidding under the scheme, he informed.

UDAN is a market driven scheme. Interested airlines based on their assessment of demand on particular routes submit their proposals at the time of bidding under UDAN, added the Union MOS.