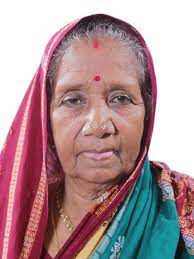 New Delhi: The Union Government has reimbursed Rs 458.92 crore to Odisha under Security Related Expenditure (SRE) scheme during the period 2005-06 to 2020-21.

However, all the dues have not been cleared so far, State officials said.

Replying to a question of BJD MP Pramila Bisoyi, Union MoS for Home Affairs Nityanand Rai informed this in Lok Sabha on Tuesday.

“Reimbursement under the Security Related Expenditure (SRE) Scheme is of recurring and continuous nature. The reimbursement of claims under the SRE Scheme is done for admissible items on the basis of verification of records of the claims by the Internal Audit Wing of the Ministry of Home Affairs and approval of the SRE Standing Committee,” Rai said.

Giving reply to a query of another BJD Parliamentarian Mahesh Sahoo said the Internal Audit Wing (IAW) of the Ministry of Home Affairs (MHA) has audited all the claims, produced by the Odisha State, up to September, 2020.

Based on the audited claims/approved annual work plans/approval of SRE Standing Committee, Rs 182.01 crore has been released to the State in last five years in terms of scheme guidelines.

The deployment of CAPFs, including CoBRA Battalions, in LWE affected States is a dynamic process based on the situation, availability of forces and other ground realities, Rai said.

The SIS is being implemented in LWE affected States, including Odisha for enhancing capacity of Special Forces and Intelligence wings of the State police forces along with construction of 250 Fortified Police Stations (FPS).

With the massive improvement in situation in LWE affected areas, the Centre has excluded several districts from its Security Related Expenditure (SRE) Scheme.

Tathya Correspondent - August 4, 2021 0
Bhubaneswar: Odisha has gone ahead in implementing e-Prisons Program and has been organizing e-Mulakat across the Prisons in the State.