With the directions from the Chief Minister Naveen Patnaik, the team held Industry Care meetings with Jagatsinghpur based industries in Paradip.

Many senior officials from the Industries and MSME Departments of the State Government visited Paradip, one of the busiest logistic and industrial hubs of the country to formally engage with the industrial units and to address their issues on a high priority basis.

During the first day (Wednesday) of the visit, the team visited the existing and upcoming industrial parks of the region such as IDCO land at Siju, Paradip Plastic Park and PCPR and inspected the recent developments. And, they have also met the senior officials of the Paradip Port Trust (PPT) and IOCL as a part of the industry aftercare initiative.

On the second day of the visit, the team led by Mr.Tripathy met more than 44 large-scale and MSME industries of the region including JSW, Utkal Steel, ArcelorMittal Nippon Steel India, Adani Wilmar, IFFCO, Essar Minmet and Container Corporation of India among many others.

The event started with a welcome address by Hemant Sharma, Principal Secretary Industries Department, followed by an address by Mr.Tripathy.

A detailed discussion was held on the issues related to land, power, logistics and policy with the participated industries. These issues will be now vigorously monitored by the Department of Industries.

The team has also discussed with the District-level officers from various departments such as agriculture, fisheries and Mission Shakti and asked them to help the local entrepreneurs in scaling up the projects and increase their incomes.

Senior officials from the department of MSME including Satyabrata Sahu, Principal Secretary, MSME Department and Md Sadique Alam, Director of Industries have interacted with the industries in a session held on MSME.

These initiatives provide a unique opportunity for MSMEs to directly interact with the senior officials of the Government of Odisha and the on-site resolutions helping them solve their long-pending issues and concerns.

Bhupendra Singh Poonia, MD of IPICOL spoke about the District Investment Promotion Agency (DIPA) initiative which is streamlining the last mile investment and aftercare process at the district-level. 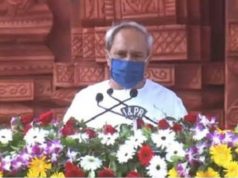 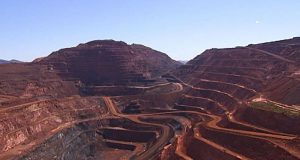 Tathya Correspondent - October 18, 2020 0
In order to ensure faster operationalization of Mining Leases auctioned in March 2020 and thereby increasing the iron ore production in the...