Bhubaneswar: While Citizens are happy with Service Delivery System in Bhubaneswar, they have given highest score to the Bhubaneswar City Authorities among the Urban Local Bodies across the country.

In the Citizen Perception Survey (CPS) Bhubaneswar has the highest score of 94.8.

CPS was undertaken to help validate citizens’ experience of their city in terms of service delivery.

A total of 32.2 lakh citizens from 111 cities participated in the survey.

EoLI strengthens its scope by consolidating the framework with the addition of a Citizen Perception Survey in the index, holding a weightage of 30 Percent.

However, the Capital City of Odisha has turned out to be the Second-Best City for Ease of Living Index (EoLI) in the list of Less than A Million Population Cities.

While Shimla has emerged as the Top Performer Ease of Living Index (EoLI) 2020 in the Less Than A Million Population cities, Bhubaneswar has bagged the Second Position with 59.85.

Hardeep Singh Puri, Minister Housing and Urban Affairs announced the release of the final rankings of Ease of Living Index (EoLI) 2020 and the Municipal Performance Index (MPI) 2020 here today in an online event. Shri Durga Shanker Mishra, Secretary, MoHUA and senior officials of the Ministry were present in the event.

The rankings under Ease of Living Index 2020 were announced for cities with a population of more than a million, and cities with less than a million people. 111 cities participated in the assessment exercise that was conducted in 2020.

In the Less than Million category, Shimla was ranked the highest in ease of living, followed by Bhubaneswar, Silvassa, Kakinada, Salem, Vellore, Gandhinagar, Gurugram, Davangere, and Tiruchirappalli.

Similar to the EoLI index, the assessment framework under MPI 2020 has classified municipalities based on their population- Million+ (municipalities having over a million population) and Less than Million Population. In the Million+ category, Indore has emerged as the highest ranked municipality, followed by Surat and Bhopal.

In the Less than Million category, New Delhi Municipal Council has emerged as the leader, followed by Tirupati and Gandhinagar.

The MPI examined the sectoral performance of 111 municipalities (with Delhi being assessed separately for NDMC, and the three Municipal Corporations) across five verticals which comprise of 20 sectors and 100 indicators in all totality.

The five verticals under MPI are Services, Finance, Policy, Technology and Governance.

The Ease of Living Index (EoLI) is an assessment tool that evaluates the quality of life and the impact of various initiatives for urban development. It provides a comprehensive understanding of participating cities across India based on quality of life, economic-ability of a city, and its sustainability and resilience. The assessment also incorporates the residents’ view on the services provided by city administration through a Citizen Perception Survey.

It, therefore, examines the outcomes that lead to existing living conditions through pillars of Quality of Life, Economic Ability, Sustainability, spanning across 13 categories of -Education, Health, Housing and Shelter, WASH and SWM, Mobility, Safety and Security, Recreation, Level of Economic Development, Economic Opportunities, Environment, Green Spaces, and Buildings, Energy Consumption, and City Resilience, that account for 70% of the overall outcome. 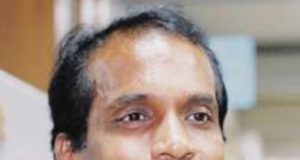